Singapore is a cosmopolitan society where people live harmoniously and interaction among different races are commonly seen. The pattern of Singapore stems from the inherent cultural diversity of the island. The immigrants of the past have given the place a mixture of Malay, Chinese, Indian, and European influences, all of which have intermingled.

Behind the facade of a modern city, these ethnic races are still evident. The areas for the different races, which were designated to them by Sir Stamford Raffles, still remain although the bulk of Singaporeans do think of themselves as Singaporeans, regardless of race or culture. Each still bears its own unique character.

The old streets of Chinatown can still be seen; the Muslim characteristics are still conspicuous in Arab Street; and Little India along Serangoon Road still has its distinct ambience. Furthermore, there are marks of the British colonial influence in the Neo-Classical buildings all around the city.

Each racial group has its own distinctive religion and there are colorful festivals of special significance all year round. Although the festivals are special to certain races, it is nonetheless enjoyed by all.

In Singapore, food is also readily and widely available. There are lots of cuisines to offer. We have, Chinese, Indian, Malay, Indonesian and Western, Italian, Peranakan, Spanish, French, Thai and even Fusion. It is very common to savour other culture's food and some of the food can be very intriguing. Indian food are relatively spicier, whereas Chinese food is less spicier and the Chinese enjoy seafood. Malay cooking uses coconut milk as their main ingredient, that makes their food very tasty.

You can refer to our Eating in Singapore section for a list of recommended food outlets in Singapore.

Most Singaporeans celebrate the major festivals associated with their respective religions. The variety of religions is a direct reflection of the diversity of races living there. The Chinese are predominantly followers of Buddhism, Taoism, Shenism, Christians, Catholics and some considered as 'free-thinkers' (Those who do not belong to any religion). Malays have the Muslims and Indians are Hindus. There is a sizeable number of Muslims and Sikhs in the Indian population.

Religious tolerance is essential in Singapore. In fact, religions often cross racial boundaries and some even merge in unusual ways in this modern country. Younger Singaporeans tend to combine a little of the mysteries of the older generation with the realistic world that they know of today.

Religion is still an integral part of the cosmopolitan Singapore. Many of its most interesting buildings are religious, be it old temples, modern churches, or exotic mosques. An understanding of these buildings do play a part in contributing to the appreciation of their art.

Taoism, Confucianism, Buddhism, and ancestral worship are combined into a versatile mix in Chinese temples.

Followers of the Tao (The Way) adhere to the teachings of the ancient Chinese legend, Lao Tzu. They are concerned with the balance of the Yin and Yang, which are opposite forces of heaven and earth, male and female. Feng Shui, literally translated as wind and water, also originated from Yin and Yang. Ancestral worship is common and the spirits of the dead, like the gods themselves, are appeased with offerings.

Most Buddhists are of the Mahayana school although there are some from the Theravada school. In Singapore, the Buddhist faith is linked with Taoism and the practical doctrine of Confucianism.

The Malays in Singapore are Muslims. A few of the Indians are also Muslims, but even more uncommon are the Chinese Muslims.

Islam has a fundamental influence in the lives of those who follow the Prophet of Allah, Muhammad. The religion involves praying five times a day, eating only "halal" food, fasting during Ramadan, and going to Mecca on the Haj (pilgrimage). Halal food means food that has been specially prepared as according to the religion's dietary requirements.

As the Indian immigrants migrate to Singapore, they brought with them Hinduism. The early temples are still the central points of rituals and festivals, which are held throughout the year.

One will be able to find Christian churches of all denominations in Singapore. They were actually established with the arrival of various missionaries after the coming of Sir Stamford Raffles. Together with Buddhism, Islam, and Hinduism, Christianity is considered one of the four main religions today. There is quite a large number of Christians on the island.

Minority faiths are not forgotten. There are at least two synagogues for the Jews and Sikhs. The Zoroastrians and Jains are also represented in Singapore.

The four official languages of Singapore are Mandarin, Malay, Tamil and English. English is the most common language used and is the language which unites the different ethnic groups. Children are taught in English at school but also learn their mother tongue to make sure they don't lose contact with their traditions.

Expatriates and foreigners may encounter language problems in the beginning of their stay in Singapore as many Singaporeans use Singlish to communicate. Singlish is a mix of English with other languages mixed into the English, sometimes phrases can end with funny terms like 'lah', 'leh', mah'. Chinese commonly use their own dialects to communicate, and sometimes, inter-dialect groups don't understand one another's language, as the language is vastly different. Except for Hokkien and Teochew, which have a closer link. The Malays use the language among their fellow races and the Indians speak Tamil. But whatever the race or religion, the country's community unite as one nation, where most religious or racial gaps are being bridged.

Singapore English has its origins in the schools of colonial Singapore. In the nineteenth century very few children went to school at all, and even fewer were educated in English. The people who spoke English and sent their children to English medium schools were mainly the Europeans, the Eurasians (people of mixed racial ancestry), some of the small minorities, such as the Jews, some of the Indians and Ceylonese, and also a group of Chinese people usually called the Straits Chinese, who had ancestors of long residence in the region, and who spoke a variety of Malay usually called Baba Malay which was influenced by Hokkien Chinese and by Bazaar Malay.

The fact that all these children would have known Malay probably explains why most of the loan words in Singapore Colloquial English are from Malay. The largest group of teachers were Eurasians, and there were also many teachers from Ceylon and India. European teachers were never more than a quarter of the total teaching staff in a school, and they usually taught the senior classes. These Europeans may have been from Britain (which at that time included Ireland) but were also from the USA, Belgium and France. The children in these schools would have been exposed to many varieties of English.

In the first twenty years of the twentieth century, English medium education became popular for all groups. Girls started going to school in larger numbers too. By the 1950s nearly all children went to school, and the majority were educated in English. By the 1980s. all education was in the medium of English (with children learning another language alongside English).

Singapore English grew out of the English of the playground of these children of various linguistic backgrounds who were learning English at school. As more and more of its people experienced learning English at school, English became widely spoken, alongside Singapore's many other languages. Since Singapore became an independent Republic in 1965, the use of English has increased still further. For many Singaporeans, English is the main language. Many families speak English at home and it is one of the the first languages learnt by about half of the current pre-school children.

Nearly everyone in Singapore speaks more than one language, with many people speaking three or four. Most children grow up bilingual from infancy and learn more languages as they grow up. Naturally the presence of other languages (especially various varieties of Malay and of Chinese) has influenced the English of Singapore. The influence is especially apparent in the kind of English that is used informally, which is popularly called Singlish. Singlish is a badge of identity for many Singaporeans.

Singapore English usually come from other languages spoken in Singapore, especially Malay and Hokkien. Speakers of Singlish are not necessarily aware of which language they are from however.

Speakers of Singlish will usually end his sentence with a distinctive exclamation. The three most common are ah, lah, ley and what. 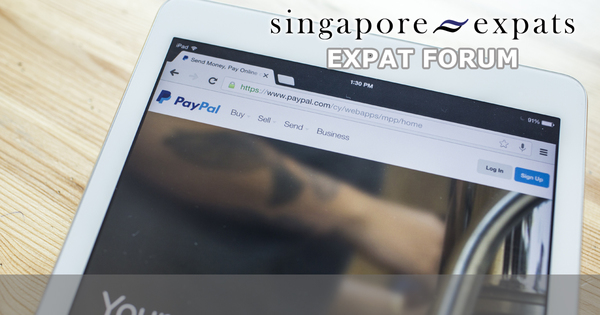 Exactly. But you can also turn it off and install an antivirus you prefer,that depends on you. 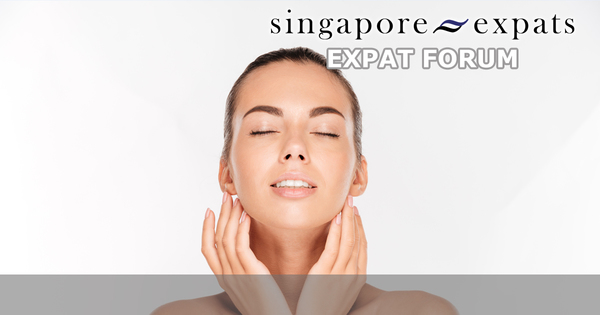 The material is rhodium plated, does it mean it can't be worn 24/7, for a swim, etc.. It will rust? Anyone familiar with swarovski or rhodium plated jewellery, please advise whether it would rust ? 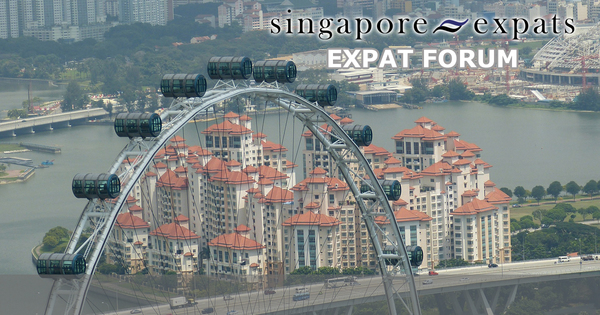 I am going to be relocating to Singapore from the US. I'm wondering what areas should I be considering for housing? I am in my late 20s. I am hoping to find a 1 bedroom apartment, that is both spacious and well-connected to public transport. Most of the 1-BR apartments that I see ..... 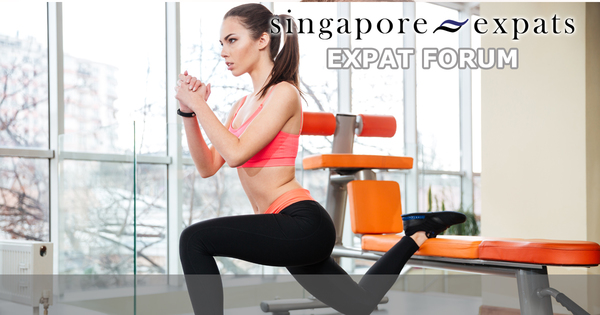 Weight reduction starts to happen in the body when the framework arrives at what is by and large viewed as a condition of negative vitality levels. Resurge Review this implies the individual is losing more vitality than the person in question is expending through food and other sustenance ..... 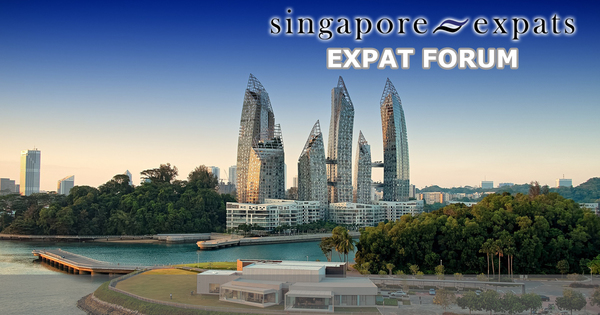 Hi everyone, seek for your help as my landlady has been harassing me a lot lately