Talking about negative emotions and behaviours 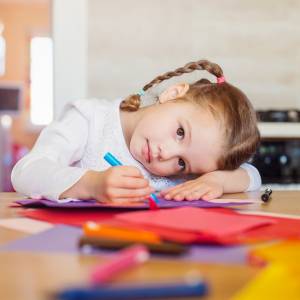 Negative feelings are difficult for all of us to cope with. However, they may be especially true for children who may not know the best ways to cope with or release their emotions, and who may not know how to seek help from others when problems arise. Life-changing events such as a divorce, a death in the family, or even moving house, could be traumatic for many children. Having known no other alternative than the environment that they had been born into, a major change could make them feel lost, afraid and unhappy.

However, many children may not verbalise this unhappiness, and find an outlet for their emotions instead by acting out. If you’re worried about your child, gently encourage him or her to talk to you. Their response could shed some light on the way they feel, and provide clues as to the type of support they need.

Imagine that each interaction with your child is a mini-test that you could fail or pass. A good overall grade would help your child to become a well-adjusted adult and deepen the parent-child relationship between you, while a bad one could mean your child growing up unhappy, unable to express how he thinks or feels in a clear manner, and possibly keeping you at arm’s length.

There are three main steps to remember when talking to your child about negative emotions and behaviours:

We’re all guilty of this at one point. We judge and cry out unhesitatingly that the child is ‘bad’ when he or she is naughty. But acts of playful disobedience are different from rebellious acts that stem from frustration or unhappiness. Lumping everything under the same umbrella of being ‘bad’ could cause your child to grow resentful, and could also cause you to lose a valuable opportunity to find out what was wrong.

It is also important to avoid shaming your child for expressing his or her emotions. Do not say things like ‘What are you crying about, you’re a boy!’ or ‘What’s wrong with you? You’re always so disobedient!’ Such expressions are likely to cause children to become more reserved. If your child has difficulty verbalising how he or she feels, avoid forcing the issue but let the child know every so often, that you’re always there to listen whenever he is ready to talk.

2. Let your child know how you feel about bad behaviour

Being honest about one’s feelings is a good thing, but some parents take it all the way to emotional blackmail and manipulation. While it may seem like an effective strategy in the short run, it actually leaves children feeling resentful and distant in the long run. Emotional blackmail forces others to take responsibility for you when they prioritise your feelings over their own. ‘Why did you do this? You’re just trying to break my heart!’ or ‘Do you even think of your poor mother who sacrificed so much for you?’ are two examples of how parents may make use of their own emotions to discipline their children.

Instead of doing so, why not try being honest about how you feel, while making sure that you’re not making personal attacks on others? For instance, you could say, ‘I’m disappointed that you lied to me,’ or ‘I’m angry that you didn’t trust me enough to tell me where you were going.’ Zeroing in on the behaviour or language problem helps children to understand where boundaries are and to reflect on these problems.

Many parents often believe that they have to look invincible in the eyes of their children. It’s hard to resist this temptation, especially when children are young enough to believe that their parents know everything there is to know, and have the ability to do anything in the world. Unfortunately, when parents bottle up their emotions, it could lead to negative consequences for the children’s emotional growth.

Firstly, children are intuitive, and many are prone to adopting their parents’ beliefs and attitudes. By trying to avoid showing that they may feel sad or lonely too, parents may believe that they are setting a good example for their children as they appear invulnerable and strong. But the lesson that children are taking away from this, is that negative emotions should be repressed or hidden from others. If you are able to tell your children frankly, ‘Dad’s had a bad day at work and he’s feeling low at the moment,’ you are teaching them that it’s okay to have negative emotions once in a while, and that people can and do cope with them in healthy ways, such as by talking to others about it. Secondly, by talking about how you feel, it helps your children to develop empathy. It shifts children away from self- absorbed thinking, encourages them to think from different points of view and teaches important social skills all at the same time.

By keeping the three steps above in mind and making them the cornerstones of your communication style when responding to your child’s bid for attention, you’d be paving the way for a stronger relationship between your child and you that’s set to last through the years.