Why do they love me? Avoiding mosquitoes in Singapore 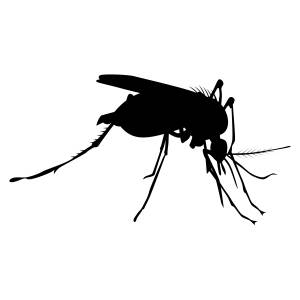 Zika, malaria, dengue… All around you, these dreadful diseases seem to buzz in the air even as you frantically swat at a mosquito. The odds of you contracting one of these diseases aren’t that high, but you’ve got a sinking feeling that you’re luckier than most. Somehow, it feels like mosquitoes are just really, really attracted to you. Your local friends and colleagues go unmolested, but mosquitoes routinely make their way down an invisible one-way street to park on your arms and legs. Everyone tells you that you’re getting bitten because you’re a foreigner, but are your bites really because of mosquito xenophobia?

Unfortunately, the exact reason why mosquitoes seem to prefer the blood of one person over another has yet to be discovered. It could be due to a particular body odour, skin chemical, blood type, or simply the overall genetic makeup of a person. While clear-cut answers aren’t available to us, what we do know is that even mosquitoes have general preferences when it comes to their daily meal, and the following are the types of people who fall right in that category:

Singaporeans are generally a sedentary lot with the leisure activity of choice being a meal in the shady interior of a nice restaurant, or a bargain hunt at the nearest air-conditioned shopping centre. Many expatriates on the other hand, particularly those from the colder climates, have a fondness for basking under the sunlight while they enjoy a spot of tennis or an al fresco meal. Unfortunately, all that heat and humidity is prone to causing one to sweat. Sweat contains octenol, a chemical that attracts all sorts of biting insects, and that includes mosquitoes. Additionally, if you’ve been exercising, your body produces not only sweat but also lactic acid—yet another mosquito favourite.

Your blood type is Type O

According to numerous studies, people with Type O blood are most attractive to mosquitoes. On the spectrum of mosquito afflictions, Type O suffers the most damage, followed by B, and then A. Body chemistry also comes into play here, as most people secrete saccharides through their skin. Such people literally taste sweeter to mosquitoes. What’s really unfortunate though, is that saccharides happen to indicate blood type to mosquitoes. So if you’re Type O and you happen to be a secretor, you’re not only more delicious to mosquitoes, but also a great believer in advertising said deliciousness.

Mosquitoes seem to have a preference for people with higher amounts of steroids or cholesterol on their skin. But this doesn’t necessarily mean that it’s only the people with high cholesterol who ought to watch out. Others, whose bodies may simply be more efficient in processing cholesterol and pushing cholesterol by-products to the skin surface, may generally be more attractive to mosquitoes as well. Body scents are also a possible cause for attracting mosquitoes. You may find the stink coming off your socks to be incredibly embarrassing, but to the average mosquito Joe, you couldn’t smell more attractive even if you tried. The mosquitoes’ bizarre attraction to feet stink has even been used to create mosquito traps!

You’re warmer than other people

While mosquitoes love a sweaty, smelly person, they’re also very attracted to warm people. Pregnant ladies are rather unfortunate in that they present something of a Sunday lunch buffet for mosquitoes—they expel more carbon dioxide than others, they are larger in size, and their body temperatures are higher than others on average. Also, people looking to stay bug free should be mindful of their alcohol intake. Though the rise in body temperature resulting from a single bottle of beer may be imperceptible to them, the change doesn’t go unnoticed by mosquitoes who are looking for a hot meal. Alcohol also has the added advantage of increasing the amount of ethanol present on the skin when one sweats it out, and this is—surprise, surprise—yet another scent that mosquitoes would kill for.

Re: Buying fish in Singapore

Today I went and bought a whole Batang(spanish mackerel) from the wet market. It weighed slightly more than 1kg, the price was $12 per kg and the whole fish cost $14. Batang is a very good fish for Indian style cooking.

Actually we dont do the elaborate Indian curry on a regular basis, more of a .....

Re: Is it even worth living in SG anymore as a foreigner?

I would never live in a condo. Atleast in HDB people seem a bit more real. They go to the wet market and fair price themselves. In HDB lift, I have mostly seen people who are acknowledged my presence. In a condo setting, they would treat me as if I am invisible.

Today I struck a conversation with .....

Re: Best gym for working adults

Anyone visits Virgin Active? I like the decor..the vibes it gives, clean and modern.