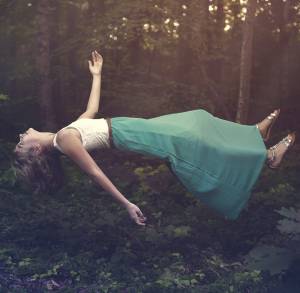 Many Asian horror films have a way of getting under the skin that’s unmatched by their Western counterparts. Ju-On made us afraid of our beds, The Ring made us suspicious of innocuous television sets and Shutter made us inspect our photographs with dread. Unlike the impersonal slasher genre in Western horror for instance, many Asian horror stories and films incorporate Asian cultural beliefs and superstitions to heighten the fear factor.

In Singapore, the rich ethnic diversity of the local population has also ensured that the bogeymen of a dozen different cultures continue to thrive in the imaginations of the impressionable. To understand what drives this terror of the dark that creeps up in moments when we realise that we are alone in the dead of night, it is important to first understand the demons that seem to infest this oddly inclusive cultural bubble.

The most well-known amongst the spirits documented in Malay and Indonesian folklore, the pontianak has had a stranglehold over our collective imaginations for years. Pontianaks are often described as pale-skinned women with long black hair and in white dresses. Depicted also as being uncommonly beautiful, pontianaks are said to ensnare men with their lovely appearance before eviscerating them. The heady scent of frangipanis accompanies them wherever they go, but this scent is soon followed by the decaying stench of a corpse. During the day, the more superstitious would prefer to avoid venturing near the banana trees within which pontianaks are said to rest. At night, dogs which detect her presence will howl unappeasably—that is, until the lady comes closer, at which time the animals will begin to quieten and whimper uncontrollably. Early Malay folklore had described pontianaks as spirits that came of stillborn children, and that is perhaps the inexplicable sound of a baby crying can be heard as the pontianak approaches—at least until she’s right next to you.

Resembling a young child, the toyol is an imp-like creature that is created from a human foetus. Black magicians create toyols for customers by embalming and casting spells over aborted babies. The bodies are then taken home by the customers, placed in a jar or urn and kept in a dark place. Conflicting accounts over the rearing of a toyol exist, but it is believed that the master of a toyol would have to provide it with food, drink, as well as blood on a monthly basis. In exchange for this, the toyol would help its master to get rich by stealing money, jewellery or information. If this sounds too petty a gain for too large a risk, just remember that toyol’s abilities only grow stronger each year and whenever it is fed blood.

The langsuyar is said to be the spirit of a woman who dies in childbirth or during her pregnancy. These beautiful women are said to be dressed in green, and have long lustrous locks that fall to their ankles—a necessary precaution to hide a gaping hole at the back of the neck. Like the vampire, the langsuyar has a strong thirst for blood and in particular, the blood of newborn children. It ought to come as no surprise that pitiless birds of prey such as the eagle or owl are associated with this vampire, and the sight of such a bird resting on the roof of a house wherein a pregnant mother or infant is residing is considered a sign of the vampire’s presence. Never fear, there’s still a way to defeat the vampire. In order to tame the langsuyar, you would need to clip her long talons, and stuff her luscious locks into the hole at the back of her neck, thereby assuaging her vampiric tendencies.

Once again proving our inexplicable fear of the unborn, the last supernatural entity on our list—the Kuman Thong, meaning ‘Golden Little Boy’—is the spirit of a foetus. But not just any foetus—it has to be a desiccated foetus, preferably drenched in human oil, and covered in gold leaf. In order to create one, the body of a suitable foetus must first be located. Then the necromancer would take it to a cemetery and roast it over a fire while chanting mantras. Many also believe that the most powerful Kuman Thongs can only be created from foetuses which had also been soaked in a special oil called Nam-Man Phrai, prior to the plating. This oil has to be collected from the burning a candle under the chin of a dead child or a person who had died an unnatural or violent death. As you might imagine, all this is now considered to be beyond the pale and has been made illegal in Thailand, though the grisly necromantic practice continues on as an underground practice. A Kuman Thong is often depicted as a playful household spirit who brings great luck when it comes to augmenting your finances. In exchange for the child spirit’s services, you would do well to treat him as a member of your family, as well as to set up a small shrine for his statue as well as offerings of toys, food and drinks.