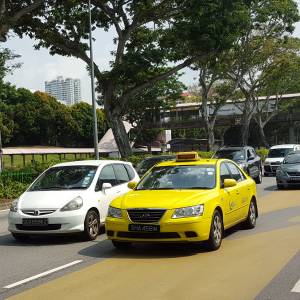 In Singapore where many locals have made it into a lifelong game to source for all that is cheap and good, there is one thing that almost never fails to live up to its promise: Local taxis. Even though licensed taxi companies and transport-sourcing companies like Uber and GrabTaxi continue to fight over customers, there has not been a drastic decrease in passengers electing to use the services of the former in Singapore. Though Uber and GrabTaxi may have taken over a significant proportion of the market, the lower rates charged by these drivers have also expanded the pool of potential customers who are now willing to consider taxi as a viable public transportation option in their regular life.

Another reason for the continued patronage of licensed taxis in Singapore is the relatively affordable fares charged by local taxi companies, as compared to their counterparts in other first world countries. On the Land Transport Authority’s website, a table comparing taxi fares among developed countries illustrates how a 10km ride in Singapore costs a mere S$9.80 in comparison to London’s S$36.94.

All taxis in Singapore provide air-conditioning, have taximeters installed, and are generally clean, comfortable, and safe. Taxi drivers may not refuse passengers if the vehicle is available, and the drivers are also not allowed to insult, intimidate or harass passengers. The details of the driver and the taxi’s registration number also have to be displayed clearly at all times. In order to reduce fare disputes and to provide passengers with ease of mind, the use of the metering system is obligatory. If any driver fails to utilise the meter on a trip, the penalty is a fine of S$500.

There is a high density of cabs in Singapore. With approximately 27,708 taxis circling the island as of September 2016, you are almost certain to be able to get a cab at any place and time. However, unlike in dramas where a convenient taxi screeches to a halt just as the anxious protagonist sticks out a hand, it’s not always legal for taxis to stop for passengers along the road. For instance, taxis are prohibited from stopping to pick up passengers at bus stops, road junctions, lanes with double yellow zig-zag lines, or lanes with single white zig-zag lines. Many passengers do still attempt to hail a cab or alight from one at such places, but taxi drivers may be understandably leery of doing so—especially since they are the ones who would be receiving summons from the Land Transport Authority (LTA) when caught in the act.

In order to hire a taxi, you may flag one down, queue at a taxi stand, or book one through a phone line, webpage or mobile application. Note that if you were to call a cab, aside from phoning the respective taxi company hotlines, it is also possible to call 6-DIAL CAB (6342-5222) which is a convenient LTA number that routes calls to different companies, should the first attempt be unsuccessful due to busy phone lines.

We’ve mentioned before that it’s relatively affordable to take a taxi in Singapore, but some may wonder if there’s a reason why it’s so cheap. A common gripe of new expatriates to Singapore (and a good proportion of locals) is that drivers may not know their way around the island despite being constantly on the move. How is this possible? With the tightly-knotted gnarl of roads and buildings in this congested city—many of which have similar or even identical names—it may not be entirely surprising that some of the lesser-travelled routes are not common knowledge. For instance, did you know that we have a Queen Street, Queen’s Road and Queen’s Avenue in Singapore, all of which are located in three very different locations?

It is also a common gripe of passengers that drivers appear to be over reliant on passengers to lead the way. Some are even displeased about how taxi drivers inquire about their preferred route, as they see this as a thinly-veiled attempt to ascertain if the passenger is familiar with a place, and if he or she would be a prime target to take for a spin round the block. However, many taxi drivers may not have such nefarious intentions. It is a common complaint of drivers that passengers blame them for taking what is perceived to be a longer route, or a more congested route, in order to drive up the metered fare. In order to prevent any misunderstandings, taxi drivers now regularly check with their passengers on their route preferences.

If you’re thinking of heading to tourist attractions, the city centre, or heavily populated neighbourhoods, you can simply sit back and relax. If you’re heading to a quieter neighbourhood populated with private property, it’s not unlikely for the driver to rely on you for directions. If you’re unfamiliar with the place, don’t fret, as the taxi driver would ask for help from other drivers, switch on the GPS, or even pull over for a quick flip through a street directory (true story). If you’re headed to a more isolated location, it is encouraged to inform the driver of your destination before you’ve boarded the taxi, and to help him along by listing the landmarks near the place.

Re: Buying fish in Singapore

Today I went and bought a whole Batang(spanish mackerel) from the wet market. It weighed slightly more than 1kg, the price was $12 per kg and the whole fish cost $14. Batang is a very good fish for Indian style cooking.

Actually we dont do the elaborate Indian curry on a regular basis, more of a .....

Re: Is it even worth living in SG anymore as a foreigner?

I would never live in a condo. Atleast in HDB people seem a bit more real. They go to the wet market and fair price themselves. In HDB lift, I have mostly seen people who are acknowledged my presence. In a condo setting, they would treat me as if I am invisible.

Today I struck a conversation with .....

Re: Best gym for working adults

Anyone visits Virgin Active? I like the decor..the vibes it gives, clean and modern.