Why does my child lie to me? 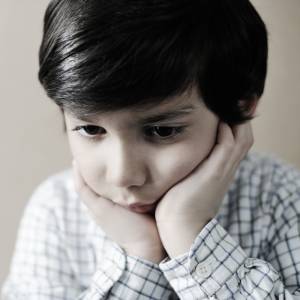 We’ve all watched that hilarious video of a two year old blaming Batman for the pink squiggles on his mother’s mirror, and it’s hard to find anyone who doesn’t think that the kid is ridiculously charming. And yet, when we are confronted by the blatant lies that our wide-eyed children spout, we’re usually torn between laughter and exasperation. Sometimes, the lies don’t even seem to be driven by any rational desire to avoid punishment or to secure a coveted item or privilege, but seem to be propagated purely on impulse.

But is this normal, and is there an actual reason for it?

The answer to both is yes. It’s incredibly normal for children to lie, and this is especially so for children below the age of 7, who may not even feel that it is wrong to conflate truth and fiction. From the time children are born, they are accustomed to taking their social cues from those around them. Young children are sensitive to the moods of those around them, and unconsciously analyse the situation in terms of the emotional fallout that is likely to occur in any situation.

Asking your toddler if he was the one who broke the vase is thus unlikely to be helpful if you demand to know the truth in an angry voice. Having registered that you are unhappy, and are likely to be even unhappier once you find out the truth, many toddlers may elect to blame someone else or feign ignorance. Lying doesn’t seem wrong to these tots, who think of it as the ‘right’ thing to do in order to protect themselves. Other lies which deny evident and verifiable facts are also experimented with during this period. It’s normal to hear toddlers wailing that they aren’t tired when you know they’d be out like a light within seconds, or claiming that they have eaten all their vegetables, at this age. All this means is that your child’s brain is developing normally and learning to process cause and effect.

By the time your child reaches preschooling age, you might start to hear stories about invisible friends, frankly incredible deeds and other tall tales. At this age, children are still likely to be ambivalent about truths and lies, because what’s more important to them is the way their stories make them feel. It doesn’t matter that no one else can see his invisible friend, because his invisible friend keeps him company and makes sure that he’s never alone. It doesn’t matter that she didn’t really finish reading 50 books in a day, because she feels proud of herself for eliciting some small sign of approval from you upon hearing this declaration. Part fantasy, play and mental processing, these tall tales indicate how your child’s brain is developing by learning to create, develop, and remember a coherent narrative.

At this age, the children are also likely to pick up cues from their parents’ attitudes towards lying. In a 2010 paper Human Communication Research published by Kim Serota, Timothy Levine and Franklin Boster, a survey of 1000 Americans revealed that they told an average of one lie per day. We may not always put much thought into the words that we say, believing little white lies to be socially acceptable, but it’s worth bearing in mind that your little ones may not be hearing the subtext or the rationale behind your words.

Telling the cashier that you’re fine even though it’s obvious that you’re in a bad mood, telling your wife that she looks skinny in those jeans even though you’re concerned about the ability of those pants to retain their structural integrity, or even telling your grandma that you really appreciated those socks she sent over for Christmas—all these are but a few examples of the ways in which little lies help to make life bearable, and minimise the hurt that we could inflict on others. An unfortunate side effect of these well-meaning lies, however, is that they impress upon your child that it isn’t always necessary to speak the truth.

So when you catch your child lying to you, don’t be too hasty to judge or feel hurt and angry that your child doesn’t seem to respect you enough to tell you the truth. It’s normal for children to lie, and though we may like to stamp it out completely, it’s almost certainly going to be impossible to do so, and may not necessarily be the best course of action to pursue in any case. When children lie, they are likely to have a reason for it. Try addressing the issue and the lie separately, and calmly, and that would let your child know that such behaviour is unacceptable. To encourage your children to tell the truth, always try to remain calm no matter how enraged you might feel upon hearing the truth. This would encourage children to be honest. It would also be good to reinforce such behaviour, by praising the child’s honesty in coming forward to confess his or her misdeeds, even as you let them know how you feel about the deed and what sort of punishment would be meted out as a result.