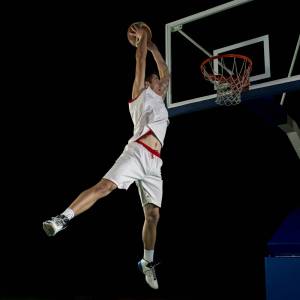 Basketball has become one of the most popular sports on the planet due to the popularity of the NBA. It’s not just in the United States where it has long been a staple of the zeitgeist from October to June during the season. The sport has spread its wings across the globe with television and streaming services and increasing numbers of people are consuming the product.

However, not everywhere in the world has access to the television rights as Singapore only has a television deal that carries seven regular-season games, along with the playoffs and NBA Finals. The regular season lasts until May; therefore, it’s a long time not being able to watch the action. While it's still possible to track the leading contenders in the latest basketball odds for the crown, a lack of television broadcasting could see the casual supporter of the sport lose interest.

What can they do to ensure that they still love the game of basketball? Fortunately in Singapore, there is a team that competes at a good standard. The Singapore Slingers are in the ASEAN Basketball League, which has been active since 2009. Teams from all around South East Asia compete in the tournament, featuring 10 sides from the following countries: Singapore, Hong Kong, Macau, Malaysia, Philippines, Taiwan, Thailand and Vietnam.

The Singapore Slingers are based in Kallang at the OCBC Arena. The stadium holds a capacity of 3,000 and has seen the Slingers become a quality team in the division, although the ultimate success has eluded them. Since the arrival of Neo Beng Siang, they have been a contender to reach the Final series in almost every campaign.

Therefore, they’re one of the most entertaining teams in the league to watch on a seasonal basis. In the 2015/16 season, the Slingers won 16 out of their 20 games to qualify as the second seed for the post-season. They were then able to defeat Hi-Tech Bangkok City in the semi-finals before facing a showdown against Westports Malaysia Dragons. The Slingers did take an early lead in the series but then lost two on the bounce. Siang’s side ensured that the Finals would go all the way into a fifth contest in Kuala Lumpur, only to lose the decider by 11 points to finish with the silver medal.

Singapore finished second once again in the regular campaign, although on this occasion they won only 13 of their games. The Slingers raised the quality of their game for the playoffs, easing past the Alab Pilipinas in the semi-finals by a 2-0 margin. Eastern loomed in the Finals, but Siang’s men began with a strong performance to take the opening leg. However, they lost the next three matches on the bounce to once again taste defeat at the final hurdle.

Unfortunately, the pain did not end there for the Slingers. In the expanded league in the 2018/19 season, featuring 26 matches, the team won 16 games to qualify as the third seed, forcing them to go through the sixth seed Macau Black Bears in the quarter-finals. However, they conquered their opponents in a tense decider on home soil before dismantling Eastern 2-0 in the semi-finals. BTN CLS Knights Indonesia awaited in the Finals, who were ranked as the fourth seed. As a result, Singapore had the home-court advantage if the series went to a decider. Indeed it did, but Siang’s side could not rise to the occasion, suffering an 84-81 defeat to Indonesia, failing for a third time to claim the gold medal.

There’s good news if you like watching competitive basketball in Singapore – there’s a team that has the quality to keep you entertained, but have not gone all the way yet.