Amazing cuisines to sink your teeth into 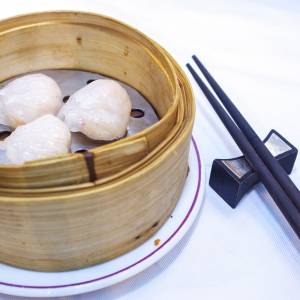 When dining in Singapore—a multicultural city with four main ethnic groups and a large community of foreigners—the rules of etiquette can be hard to follow whether you’re eating at a friend’s place or in a restaurant. The wide variety of cuisines available locally can make this especially challenging, but you should be familiar with these five cuisines at the very least.

When dining with a group, usually one main dish is ordered per person. The main dishes are meant to be shared by the entire group, while each individual has a bowl of rice. The plain rice is consumed together with the dishes, and not separately, and is eaten with chopsticks. If soup is part of the meal, each person will have a second bowl into which individual helpings should be ladled from the main tureen at the start of the meal. Soup dumplings, or xiaolongbao, can be especially tricky for people unfamiliar with using chopsticks—the trick is to pick up the dumpling with the chopsticks while keeping the soup spoon underneath. Either nibble the top off or poke a hole in the dumpling for the soup stock to escape and cool slightly, before you consume the entire mouthful.

The most iconic item of Hong Kong’s cuisine, dimsum, is a favourite among many locals in Singapore, so much so that frozen dimsum is commonly sold and dimsum stalls can be found in many hawker centres. These delectable treats are sold in small quantities of two or three pieces per bamboo basket, because dimsum was originally intended to be consumed as a morning or afternoon snack. However, as more and more people are having dimsum as a full meal on its own, it’s not uncommon to invite people out to yumcha—to have tea—with you. Hot tea usually accompanies the dimsum, and free refills are usually provided when you dine at a restaurant.

When eating in a Japanese restaurant, it’s common to hear people say ‘itadakimasu’ before the meal commences. The expression indicates one’s thankfulness for the meal that is about to be eaten. It allows the diner to thank the chef for the meal, and to show a humble gratitude to all that had contributed to the meal, including the plants and animals that had been sacrificed. Before the phrase is said, you should put your hands together or flat on your legs, and bow your head slightly. Just like in Chinese cuisine, you will eat using chopsticks—but here’s where it gets odd. Did you know that miso soup is also intended to be consumed using chopsticks? You can use the chopsticks to pick up the tofu and seaweed, and drink the soup directly from your bowl. When eating ramen, eat it fast and feel free to slurp up the yummy goodness—eating the noodles quickly allows you to enjoy the noodles before they get soggy, and the slurping expresses how much you are enjoying the food.

When eating Malay food, remember that it’s not at all impolite to eat with your hand. Notice too, that we said ‘hand’, because you should not be eating with your left hand—the hand is considered unclean as it is the hand used to do ablutions. If a spoon is provided, you’d be expected to push food onto the spoon using your left hand (or a fork if one is provided). Banana leaf meals are also a part of the Malay cuisine you’d find in Singapore. When food is cooked or served food on banana leaves, it not only gains a sweet flavour but also an added polyphenol boost from the leaves. If you’re attending a more formal occasion and served a banana leaf meal, it is encouraged to consume the food by hand and to fold the banana leaf inwards after the meal, to show your appreciation to the chef.

Eating with one hand is common when consuming Indian cuisine too, but your left hand generally has no contact with the plate at all. You will use your right hand to scoop meat, vegetables or curry onto bread, using some nifty wristwork. By taking small bites using your fingertips, you’d avoid having the food spill or dirtying the rest of your hand. Cleanliness and hygiene is also very important in Indian cuisine. When ladling a portion from a shared dish, remember to avoid having the serving spoon come into contact with your plate. Any utensil that comes into contact with another person’s plate or food which they may have touched, is considered to be tainted.

MOCHS, just to clarify, the story about the Indian coffee shop staff - I posted that.

It was meant to highlight that there was a time when it was relatively easy to get PR. That changed apparently sometime in the latter half of the noughties. I don't think that guy I met would have had a chance .....

Sharing some information that might be useful to others who are planning to apply:

Sharing some information that might be useful to others who are planning to apply:

First attempt: Dec, 2019 -> rejected within 6 months. Applied with my wife. I suspect the rejection was due to my rush. To clarify, I applied right .....