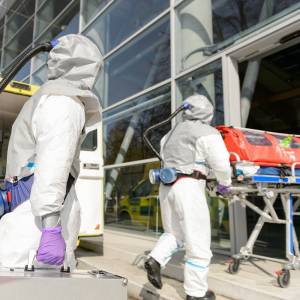 Fake news, referring to fiction with little to no factual basis behind its claims, often has an emotional element to it. Such ‘news’ typically involves an unsubstantiated claim on an issue that is close to the hearts of readers. The emotional response of readers to such news may trigger them to jump to conclusions, react without thinking, or even disseminate false information to others. The credulity of readers and the additional effort it takes to fact-check or verify the accuracy behind each piece of news make it all too tempting for people to take what they read at face value.

Though the issue of fake news is often associated with politics, fake news about medicine or disease can have an equal, if not more, devastating impact. While the sharing of one’s views with others—as inaccurate or factually unsubstantiated as they may be—may be a natural tendency for many of us, the prevalence of social media in a digital age has greatly increased the impact of this practice. With the COVID-19, people speculate about the causes for the disease, ways in which it can spread, and so on. While this may seem like harmless speculation, inaccurate information that presents itself as fact will wind up causing harm when people believe it to be true.

One example of how misinformation could affect public health is the anti-vaccination movement. In the early 2000s, the researcher Andrew Wakefield had written a paper in the established medical journal, The Lancet, claiming that there was a link between the measles, mumps, and rubella (MMR) vaccine and autism. It was later found that Wakefield had falsified his research. Subsequent reporting by investigate journalist Brian Deer and records obtained from the Legal Services Commission, showed that Wakefield had not disclosed that he had been paid 400,000 pounds by lawyers hoping to build a case against the MMR vaccine. Unfortunately, the repercussions of the entire fiasco linger on to this day. Even after Wakefield’s claims were debunked by reputable medical organisations around the world, people in the anti-vaccine movement continue to support his claims, contributing to a decline in vaccination rates, and a consequent re-emergence of childhood diseases that had once nearly been wiped out.

On 27 January 2020, Singapore’s Minister for Communications and Information S Iswaran spoke at a conference to push for swift action to combat the spread of fake news, citing a post on the HardwareZone forum that had included misleading information. The post had claimed at 5.50 p.m. on 26 January that a 66-year-old man had died in Singapore from a newly identified virus that caused him to develop severe pneumonia, but in reality, there had been no deaths among the confirmed cases of the Wuhan coronavirus infection even by 11pm on the same day.

HardwareZone removed the discussion thread related to the post to be ‘in line with its community guidelines’, and SPH Magazines, which operates the HardwareZone Forum, was issued a general correction notice by the office overseeing the Protection from Online Falsehoods and Manipulation Act (POFMA) as per the instruction of Health Minister Gan Kim Yong. The publisher then complied with the correction notice and issued the correction in a post on 27 January.

Singapore’s efforts to combat fake news may seem like a draconian measure to some, especially since people are afraid that the same laws could be used to prevent freedom of speech. While that is a legitimate concern, so long as the government does not misuse the POFMA to target its critics, it is undeniable that its actions can have a very beneficial impact wherever misinformation about the COVID-19 threatens public health and safety.

Re: Please wear a mask when going out

It only helps if you use it in conjunction with Social Distancing. If you don't keep your distance, may as well not bother. Better yet? STAY HOME!

Please wear a mask when going out

Let's all do our part, by wearing a mask when going out. We all know the mask do help protect ourselves and also others out there.

Interesting. In last 2 months, SG residential prices down 1.5% but volumes down close to 15%. After cooling measures, transaction costs like stamp duty for foreigners is .....

V cool. Things have obviously come a Long way from 1997. Your feedback is very encouraging so will definitely apply for PR now. I am quite fond of SG so I’m personally satisfied that I’m making the application for the right reasons. I have made friends across races and communities here and feel .....

When will this pandemic slows down? Can't the global thousands of scientists come out with a solution FAST?