Six great books for students to read while on quarantine 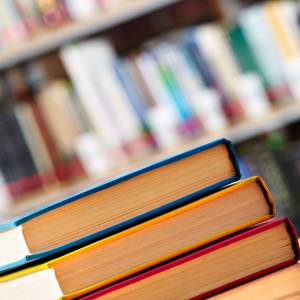 The quarantine gives us plenty of time to enlighten ourselves by a variety of means, and reading is one of the most predominant aspects to enrich our knowledge considering specific fields or just to relax. Moreover, if you are a student, be sure that once the lockdown ends, you will be asked to write an essay about it, your attitudes, takes, and many more. The plague essay sample will help you to organize your thoughts and make your paper impeccable, exciting, and thought-provoking. When it comes to the books for graduates that are worthy of reading, down below is the list that demonstrates the most outstanding and on spot ones, so read on to get familiarized with them.

Boccaccio’s The Decameron is set during the time of the plague that is widely considered to be the Black Death. Not to mention that Giovanni Boccaccio was affected by the fact that he was creating such a masterpiece during the outbreak of the Black Death that hit Florence in the 14th century. The premise of the book is that a crew of immature noblemen and noblewomen, individuals of enormous privilege who were able to run away from the plague epicenter, are depicting diverse stories each other in the interim of their stay in an ostentatious villa to which they were able to flee. The overall demonstration of the plague from the perspective of the narrator is extremely eloquent, intense, and harrowing. However, the stories that the characters tell one another are vulgar and whimsical, with a joyful feel. To put it in other words, the story of Boccaccio’s showcases the fact that the suspension of everyday realities that occurs in a dreadful condition like a pandemic, is likely to produce a protected environment that does not care about what’s going on and will enjoy the time, storytelling and whatsoever.

Other than that, it would be reasonable to mention that sex is the central aspect of all of the stories in The Decameron. Furthermore, a plethora of them involves playful scenarios. For instance, a scene where a sexually aroused monk convinces a young woman to have sex with him.

A Journal of the Plague Year

Written by a novelist and journalist, Daniel Defoe, who is generally known as the author of Robinson Crusoe and Moll Flanders. A Journal of the Plague Year is a historical novel, and its pretense is that this story is a live diary of the epidemic by somebody living through it. The book, most importantly, combines early versions of the same type of epidemiological data that people are paying severe attention to the COVID-19 these days. Bills of Mortality were a reporting technique by which districts of London tallied up deaths related to the plague and its causes. The narrator, as well as Defoe, are interested in the mentality of a large group of people and why the behavior of people worsens once the regular practices of human interaction are suspended. Having said that, the measures that were taken in the story find a correlation with the measures that are presented now, their ineffectiveness for the reason that people behaved and are behaving as though rules don’t apply to them.

This is a whole series of books, written by Seanan McGuire (Mira Grant), premise of which depicts our near-future in the United States of America where two men-made viruses have been incorporated with a view to construct a novel virus that aims spontaneously turn people into a version of the typical zombie that we all are familiar with from apocalypse movies. There are two main characters, a sister and brother, who, in turn, are part of a newsgroup in a world in which people shun each and every contact. Upon further examination of a myriad of reviews, it becomes apparent that people love the book and consider it a page-turner. However, equally important is the fact that it is not a regular book of zombie topic for the reason that every moment rigidly explained and described. Meaning that in the world of Newsflesh, preventative measures are ultimate, and every time one is to go outside, one is obliged to do a blood test when he/she returns home, wash out in special liquids (such as sanitizers), and so forth.

Suffice it to say, Ling Ma’s first novel drew lots of attention once it came out in 2018. It is a marvelous book for those who aspire to take their mind off the social media platforms as well as news. In a nutshell, it is about the crossroads of immigration and global capitalism in contemporary cities and the failure of human transmitted information that entwines with substantial human contacts that happen as a repercussion.

Walden; or Life in the Woods

A classic transcendentalist story was written by Henry David Thoreau. Even though it doesn’t accurately relate to the quarantine, the book is a great chance to refresh your mind and feel yourself in the natural surroundings. The memoir is a somehow personal declaration of independence, social experiment (which is important nowadays), spiritual quest, and an abundance of other aspects that are likely to be interpreted in different philosophical ways. The plot walks around the narrator and his life in the forest, which is divided into several parts. Stories are well written and give you a clear picture of what difficulties one might face while living alone and off-grid. What is more, one may capture notes of meditation that, according to the author, significantly helps to maintain a mental state of one’s, which, in turn, is vitally essential these days.

Lastly, all of us, sooner or later, delve into existential concepts, and this book is a great chance to do that. Albert Camus’s The Plague probably remains one of the most omnipresent and readable novels concerning the epidemic disease. And even though it doesn’t necessarily have an authentic meaning of the plague per se (rather metaphorical because published in 1947, which is right after WW2, the book is widely considered to be an allegory for the spread of fascism), yet it showcases similar and abominable consequences. The story is set in North Africa, namely Algeria. It shows how people neglect the precautions at the beginning and, consequently, how they follow them when a tragedy reaches a more global scope. Moreover, it displays how people band together into groups to cope with the epidemic. Notwithstanding, the text is exceptionally expressive in transmitting what it feels like to be in a place influenced by an epidemic and what it feels to be on a lockdown, and, most importantly, to preserve the humanity and the sense of connection.

In the final analysis, the majority of books, as mentioned above, are tightly related to current affairs that help readers to become more aware of the situation that is happening right now in different terms, such as the importance of self-isolation, preservation of culture, and so forth. Besides, the aforementioned stories may well depict worst-case scenarios, such as zombie viruses, absurd, yet intriguing situations, and various settings that are to jazz up your daily routine during the quarantine; all of them are page-turners, so be sure to select a random one and enjoy reading.

Whining mama doesn't get much sympathy in Dublin!