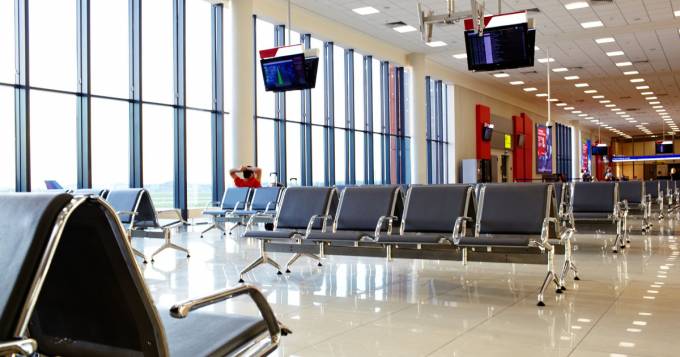 As a result of the COVID-19 pandemic, countries around the world have either restricted or barred visitors from entering the country. Tourism and hospitality businesses which had already been badly affected by lockdowns and closures in the prior months, are now looking to recoup some of their losses. The biggest question on everyone’s minds is whether countries will reopen their borders in time for summer, a peak travel period in many countries. Apart from holidaymakers, people who need to travel for work and those hoping to visit friends and family in other countries are also keen to be able to travel without needing to self-isolate upon arrival.

In Singapore, talks have been ongoing to allow for smoother travel between countries. According to Singapore’s Minister of Trade and Industry, Chan Chun Sing, Singapore is entering discussions with "as many countries as possible" in order to form ‘green lanes’. So far, China has officially become the first country that Singapore has relaxed travel restrictions for, and talks are underway with Australia, Malaysia, New Zealand, and South Korea.

Since 28 May 2020, people planning to travel for short-term essential work on business and official grounds, have been able to utilise the Singapore-China Fast Lane to travel between Singapore and six Chinese provinces and municipalities, Chongqing, Guangdong, Jiangsu, Shanghai, Tianjin and Zhejiang. Arrangements have been made so that business or official travellers from China who have sponsorship from a Singapore government agency or company will be allowed to enter Singapore.

Likewise, travellers to one of the six Chinese destinations from Singapore would need sponsorship from a Chinese government agency, or from a China-based company. In China, the sponsoring Chinese company or government agency would have to submit a travel application with local Chinese authorities. Once the application has been approved, the traveller should then apply for a visa from the Chinese embassy in Singapore and submit a health declaration. Singaporeans visiting China for fewer than 15 days would also need to apply for a visa, as the 15-day visa free facility for Singaporeans visiting China has been suspended.

In Singapore, since 8 June 2020, only official or business travellers sponsored by a Singapore government agency may use the Singapore-China Fast Lane to enter Singapore. Travellers sponsored by local companies will also be allowed to enter Singapore at a later phase. For now, the sponsoring government agency is allowed to apply on behalf of the traveller for a SafeTravel Pass anytime between 20 and 5 working days before the day of the traveller’s planned departure, and when the application is approved, the applicant and the sponsoring agency will receive an approval letter. With the approval letter, the applicant will then be able to apply for a visa if one is required.

All travellers to Singapore who wish to make use of the fast lane will need to procure a SafeTravel Pass, and this comes with its own set of terms and conditions, such as the following:

Firstly, travellers from China and Singapore will both have to undergo COVID-19 testing before departure and upon arrival. For those entering Singapore, the first swab test will be conducted 48 hours prior to departure. The sponsors are responsible for ensuring that the traveller’s negative test results are uploaded to the SafeTravel Pass portal. A second swab test will then take place upon arrival in Singapore, and the cost of the test will be borne by the traveller. The traveller will not have to be quarantined upon arrival, but he or she would have to self-isolate while waiting for the results of their test.

Secondly, travellers to Singapore using the SafePass will need to have a controlled itinerary. According to this itinerary, the traveller is only allowed to travel between their place of work and their accommodation for the first 14 days of their stay. During his or her visit, the traveller would also need to stay in an individual room with an en-suite toilet at a non-residential address—in other words the traveller will not be allowed to do homestays. When taken together, these measures ensure that community exposure to the traveller is limited.

Finally, travellers to Singapore would need to download and use mobile applications such as the TraceTogether app in order to facilitate contract tracing. If the traveller does not own a device that allows them to use the TraceTogether app, the host—a Singapore government agency (or Singapore-based company at a later date)—will provide the traveller with such a device, to be returned at the end of their stay.

16K for a family isn’t big unless you wanna live a simple life, Cook at home 3-4 days , shops for grocery at fair price and limit fine dining to 5 days a month .. but depends really how much u wanna save
A single person like me .....

Hangmann, I am in a similar situation… have lived in Singapore since 1996, my oldest kid will be starting college in the US in 2024, second one in 2026. We will move to the US together as a family in 2024. Many reasons to do this, but financial reasons is a major one.