COVID-19 and its impact on the environment 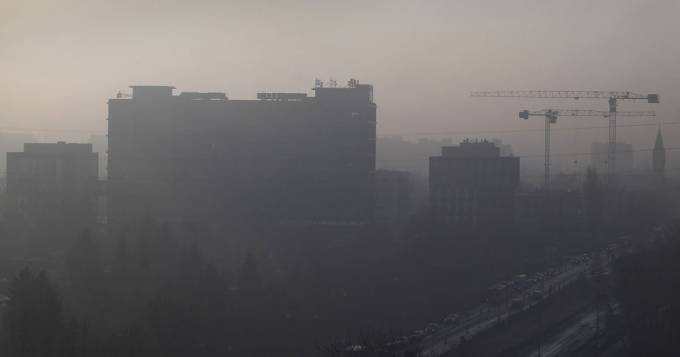 In the wake of the COVID-19 pandemic, the reduction in human activity has led to noticeable benefits for the environment. Around the world, lockdowns and reduced economic activity have led to fewer cars on the road, reduced bus and train services, grounding of planes, and the temporary closure of industrial facilities. Consequently, countries worldwide have experienced a reduction in air pollution and greenhouse gas emissions, leading to many being able to see blue skies and breathe clean air, some for the very first time.

On 23 January 2020, a surprise announcement by the Chinese government barred people from entering and leaving the city of Wuhan. Six days later, all cities in the Hubei province were locked down. In the first three weeks leading up to 13 February, emissions in the area had dropped drastically by as much as 90 per cent at times. Across the country, significant reductions in nitrogen dioxide (NO2), sulphur dioxide (SO2) and particulate matter in the air, were a silver lining to the pandemic for many citizens who had long battled air pollution issues, particularly in crowded cities like Beijing and Shanghai. According to projections by Stanford professor Marshall Burke, the reduction in air pollution in China caused by two months of lockdown, had likely saved 77,000 lives.

As other countries went into lockdown, the drop in air pollutants created by vehicles and factories led to similar improvements in air quality. For instance, after Italy went into lockdown, a series of images published by the European Space Agency documented the steady drop in NO2 pollution over the northern parts of the country.

Reduced greenhouse gas emissions also resulted from the economic slowdown. As lockdowns came into effect, industrial activity slowed, domestic travel was reduced and international travel virtually ground to a halt, which all led a reduction in greenhouse gas emissions. One study published in the Nature Climate Change journal indicated that changes in energy demand around the world by early April 2020 had fallen by 17%, compared to mean 2019 levels. Emission rates of carbon dioxide (CO2) in China had also fallen significantly in February 2020 compared to levels from the previous year.

Unfortunately, though we may wish to think of these environmental benefits as being an upside to the pandemic, they may prove to be only temporary. It is not the first time that this has happened. According to one 2011 study, a decrease in global CO2 emissions attributed to the worldwide financial crisis in 2009 was followed by a swift rebound in emission rates in 2010.

Today, pollution levels in some countries are appearing to follow that trend, as pollutants begin to rise back to pre-COVID levels—or even surpass them in some cases—as restrictions are eased and economic activity resumes.

In China, where the coronavirus pandemic first began, life has returned to normal in some cities that had previously been locked down. As economic activity picked up, so did air pollution. According to the Centre for Research on Energy and Clean Air (CREA), the average levels of some air pollutants in China have rebounded since the dip in February. Over the span of 30 days starting from the second week of April, the levels of NO2, SO2, and fine particulate matter in the air had all surpassed 2019 levels.

As governments scramble to bring their economy back to pre-COVID-19 levels, some are choosing to focus on quick and easy solutions, such as the construction of more coal-fired power plants, instead of making further investments in clean energy. In the United States, the government has approved a historic $2 trillion stimulus package to boost the economy. Unfortunately, while oil and gas companies in the country have obtained billions of dollars in funding to tide them over, no reciprocal action has been required from them to curb environmental pollution. In the European Union, on the other hand, political leaders have promised to tie emergency measures to green principles, ensuring that corporations work together with the government to lay the foundations for a zero-carbon future.

Re: Applying for ICA-issued LTVP for single unmarried Mother of a child with Student Pass after holding a StudentPass be

Hi sundaymorningstaple, thanks for your reply.
Yes, I've read some information about study mama, and from what I've read so far none similar or even close with my condition. So, are you saying it's not worth to give it a try applying .....

Re: Australian citizenship process for newborn in SG to Australian parents

Yeah, it's easy, and steps 1 and 2 shouldn't take longer than a few weeks.

Re: Applying for ICA-issued LTVP for single unmarried Mother of a child with Student Pass after holding a StudentPass be

Hi sundaymorningstaple, thanks for your reply.
Yes, I've read some information about study mama, and from what I've read so far none similar or even close with my condition. So, are you saying it's not worth to give it a try applying it to ICA? Some of my friends suggest me to do so, because ICA .....