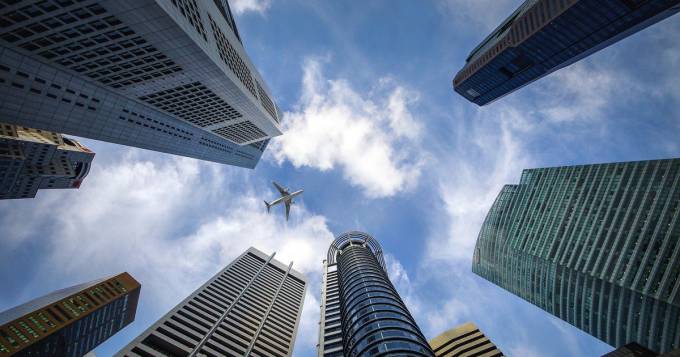 Relocating to Singapore is a route many Westerners have taken in recent years, and for good reason. The city offers a remarkably high standard of living and is widely known as a clean city with endless opportunities for business and leisure. Since its earliest days as a British trading post to its modern boom as one of the foremost Asian cities for international trade, Singapore is a highly developed modern city with a great deal of traditional colonial charm to boot. The city ranks exceptionally highly by most economic metrics, a fact made even more impressive by the fact that, geographically, it is only a city state. Multiculturalism is enshrined into the constitution of Singapore, and it is a city that achieves a harmonious balance between Chinese, Malay, Indian, and Western cultural influences.

Many expats move to Singapore on a yearly basis, and it is widely regarded as a friendly city for non-permanent residents, who move to the country as participants in its bustling economy or more simply just to live in the thriving city state on the southern tip of Malaysia. Mandarin Chinese may be the official government language of Singapore, but with English as the business language and the established lingua franca between the different peoples that populate the island, this presents no obstacle to Singapore’s popularity as an expat destination.

The standard of living in Singapore is exceptionally high and the country is widely regarded as an excellent place to raise a family. Singapore is somewhat infamous for its tough stance on law and order, but the reality is that this contributes to an incredibly low crime rate with safe streets at all hours of the day. There is no shortage of expat clubs and groups throughout the city and, indeed, the international and multicultural character of the place has seen a strong expat culture develop.

This is not to say that relocating to the city will not come with the usual culture shocks and need for adjustment that is to be expected for any Westerner moving to Asia. Slightly off-putting might be the fact that broadcast media in Singapore is censored by the government, but with an internet connection, this is a problem that can be fairly easily overcome.

Of course, it is no secret that the high standard of living in Singapore is not the cheapest. Singapore is in fact one of the ten most expensive cities for living in the world. Property prices are typically very high (see our section on renting and buying below) while alcohol is also taxed at a very high rate, so it will cost you to have a social life here. Owning a car will also bring a host of heavy taxes associated with driving. Remember, Singapore is a small island city-state with no hinterland or open country to speak of, which is what accounts for the high taxes imposed on owning vehicles and the high property prices. Yet for all of this, Singapore is by no means over-crowded, and it suffers from none of the disadvantages that you might expect from a large and growing city situated within a tiny country. It is not dirty, crime is very low, and air pollution is not a concern.

Not everything in Singapore is excessively taxed. Food and groceries are actually very reasonable, and it is perfectly possible to eat out without breaking the bank. Like many Asian countries, Singapore boasts an exceptional street food scene, and should you decide to frequent these local hawkers (or indeed the large food courts that are also popular) then you can expect to pay comparatively little (the alcohol notwithstanding).

Situated very close to the equator, Singapore experiences a year-round climate with little change between the seasons. The weather – in short – is nearly always hot and humid. Temperatures range from 22°C to 34°C and humidity can sometimes hit 100%. It rains a lot in Singapore, and the monsoon season is in November and December.

Yet many expats actively adore the Singaporean climate and at any given time there will be effective air conditioning and other facilities present to combat its worst excesses. The city is undoubtedly a place to feel physically comfortable and safe, offering an extensive and highly developed infrastructure designed to suit the needs of Singaporeans.

Buying or Renting Property in Singapore

As mentioned, property prices in Singapore can be extremely high. This is generally in line with the high cost of living that typifies life in the city. That said, you undoubtedly get what you pay for and there is a wealth of fantastic properties on offer at any given time.

The average cost of a home in Singapore will vary based on all the factors that typically drive up or down house prices. Things such as maturity of the estate, proximity to amenities, location within the city, and the condition of the property itself. Whether you find yourself with a fully furnished flat or not is entirely down to each specific situation, but safety and health infrastructures are nearly always guaranteed. Singapore is a clean and highly developed city, so you won’t in the first instance be rushing to buy safety supplies online or fixing up anything in disrepair. The average house price in Singapore stood at USD 874,371 in 2018. Of course, this is an average taken from the vast variety of property offered in Singapore.

Whether you are an expat or a local (or at least a permanent resident) will make an enormous difference when it comes to buying property in Singapore. There are three main property types, each with different restrictions on who may buy them. These are:

Expats who don’t have permanent residence are not allowed to purchase HDB flats. Also, government approval will need to be sought before an expat can buy certain landed properties (like bungalows).

There are also property laws concerning family purchasers and single adults. The minimum age for buying property in Singapore is 21, but this is conditional on buying as part of a family nucleus, which must be a spouse and children, parents and siblings, or children under legal custody (if widowed or divorced). For true singles, that age limit jumps to 35.

Singapore has a lot of funny rules like that, and it is not the cheapest place in the world to live. But that said, it has one of the most developed expat communities in the world, which is a product of its long-standing position as a city of maritime trade. If you feel the city is right for you though, you can be assured of Singapore making good on all it promises.

How do you guys sleep with its noise...i find it extremely annoying to be woken up by their 'alarm clocks' at 6-7am...drives me crazy..