6 reasons why expats should choose Singapore 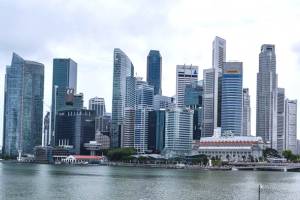 While there are a myriad of other advantages of living in Singapore, an important factor to consider is the presence of a lively expat community. With peer support from hometown folk readily available, you don't have to worry too much about transitioning into life in Singapore, as you’re not alone.

Did you know that Singapore ranks no.1 in Asia and 2nd in the world for safety? In terms of life expectancy, assaults, thefts, traffic deaths, and police-to-population ratio among others, the little red dot does a great job protecting its civilians. In brief, this is exactly what it entails:

Singapore may be small but thanks to world-class city planning and infrastructure, this has become a real advantage. Whether it’s access to a convenient store, shopping mall or food centre, there is almost always a convenient way to get there by foot or public transport. In addition, unlike many countries in Europe, where shops cease operations before 7pm and on weekends, Singapore doesn't observe such practices. This means that you can still go shopping till 10pm (or later at 24-hour malls) and expect to find decent dining options at night. There’s also no need to stock up for a hungry night or for the weekend as access to such comforts are available 24/7.

For little over a dollar, you can pretty much get from one end of Singapore to the other by taking the Mass Rapid Transport (MRT) – the local subway operator which over a million commuters rely on every day. The extensive MRT rail provides seamless island-wide connection so there is little to fuss over when it comes to your daily commute from home to work. As for places which the MRT does not cover, there’s always the public buses and taxis you can rely on, which are also highly accessible and economical.

It is true that countries are increasingly becoming borderless as more people move abroad to pursue their careers or desired lifestyles. Few, however, boast the unique cultural blend that Singapore enjoys as a result of decades of relatively harmonious intermingling between immigrants. While undercurrents of social tension exist – a perfectly normal condition in any place with the least bit of diversity – mutual acceptance and tolerance allows for people of different races, religions and nationalities to co-exist, and distinct cultures to develop. That’s why you’ll have the opportunity to be steeped in a variety of authentic cultural experiences unlike anywhere else.

With four official languages in Singapore (English, Malay, Mandarin Chinese and Tamil), and peoples’ general readiness to understand and help individuals who don’t speak native so well, there’s little fear of being lost in translation here. At work, if co-workers speak in a ‘weird’ mix of English with unfamiliar expressions, don’t feel discouraged when you don’t completely grasp the language. Singlish or colloquial Singaporean English – a combination of English, Chinese and Malay syntax – is always hard to understand at the beginning. You may feel uncomfortable hearing people communicate through Singlish but with enough exposure, you will get used to it. Who knows? You might even grow to appreciate the beauty of this language.

Ever been to a country where you resort to eating instant noodles or canned food because you’re not able to stomach the local fare? In Singapore you’ll never run into such a problem. The only issue you’ll face is having too many food choices. When it comes to food in Singapore, if you can name it, you’ll most definitely be able to find it, regardless of how obscure its origins. From highly economical local food choices to glitzy Michelin star gastronomic experiences – Singapore is the one place that offers the whole spread. You’re in for a mouthful.

It has been 4 weeks now since I applied. The status is still showing pending. I really hope they approve by 8th week.

Do you feel like you must choose the option to deal with helpless skin wellbeing? Provided that this is true, it shouldn't need to end thusly .....

We are currently looking for a condo rental starting in July and i have a couple of questions i'm hoping someone can help with:

1- The prices we are seeing on 99.co and Prop Guru seem much higher than the most recent letting .....