'Square' Barcelona: what astonishes all buyers of Spanish apartments 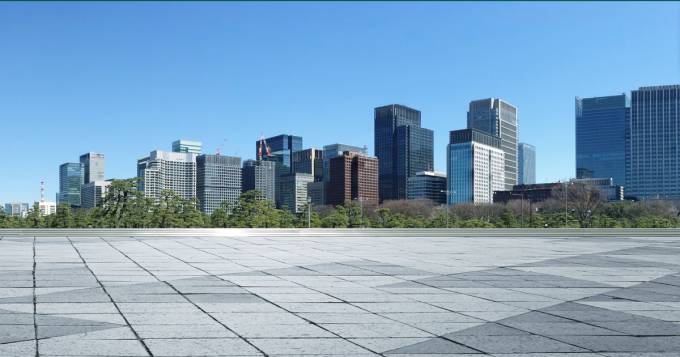 One might to search for apartments in Catalonia, but if you came to Barcelona, ​​including as a tourist, you must have noticed an amazing feature of the general arrangement of the city. Of course, this catches the eye especially if you watch photos or videos taken from a bird's eye view. However, even when walking on foot, you can see: the quarters of Barcelona are accomplished in square blocks. And these are not even exactly squares in a strict sense, that is, figures with 4 corners. These are clearly visible polygons, which are correctly called octagons. Why does the city need such a building? Let's figure it out together.

A bit of history about the construction of Barcelona

So, in order to delve into this topic, it is worth going back to 1843. Barcelona was surrounded by high walls at that time. The city itself was actively growing in terms of population, and the sanitary situation only went from bad to worse. It was decided to tear down the walls - and already in 1859 the city council announced a competitive tender for Barcelona expansion plans. It was won by Anthony Rovira, who was then the chief architect of the city. However, the government suddenly intervened in the issue, and Rovira's plan could not be realized, and the construction of Barcelona was entrusted to Ildefons Cerdà, who adhered to the ideas of socialism, by the way.

First, Cerdà began by uniting the city and its surroundings. So the suburb which consisted of the villages of Gracia and Sarria, was joint to Barcelona. Then the architect began to study the composition of the city, its population, and as a result of this study, it was decided to build a distinct network of urban subdivisions. And the chosen form looks so completely justified. It is designed to save Barcelona from several disadvantages at once: improve visibility for people and transport, make intersections more illuminated, and add "air-conditioning". In this case, we do not mean "air-conditioning", which today is considered an aesthetic element of interior design. Back then, Barcelona literally suffered from lack of fresh air and stench. This is how the octagonal shape of the urban subdivisions turned out, and Barcelona itself became an innovation in the field of urabnistics.

Such a plan as well provided for places for recreation of residents: inside each of the quarters, it was assumed that there was free space for use as a little garden with access to two streets.

In those years, the way of thinking seemed revolutionary to the inhabitants of Barcelona, ​​many ridiculed and gave a hostile reception of the new reality, believing that, the city would have turned out to be miserable due to the change of the architect, while a different view of urban planning could have made Barcelona the best place on earth. Instead of a beautiful city that situated on a hill sloping down to the sea, instead of a magnificent space for life, instead of all this, the inhabitants received a wretched sight.

This was the version of the Barcelona inhabitants - contemporaries of Ildefons Cerdà. What do we see now? Today Barcelona is a tourist stronghold, and one of the most beautiful in terms of the urban planning uniqueness. The bird's eye view of the city (or when shooting from a quadcopter) is such that Barcelona simply cannot be confused with any of the cities in the world.

This is how it happens: what is not perceived by contemporaries becomes an object of admiration for future generations!

Get an assistance in search for housing in Spain

If you are inspired by this history and views of Barcelona so that you want to live in this city, we recommend you to contact the specialists of the agency Spain-Real.Estate. Professional realtors will advise you, tell you about all the opportunities of movement to Barcelona, ​​and help with the selection of housing.

I had changes in my circumstances so I decided to apply again.
I just want to know how my .....

Hi, just want to ask the chances of my baby to get her LTVP approve. She was born here last Oct. And our profile below.

I had changes in my circumstances so I decided to apply again.
I just want to know how my chances would be in the eyes of the people here in the forum.