5 of the Best Places in Asia for Expatriate Life 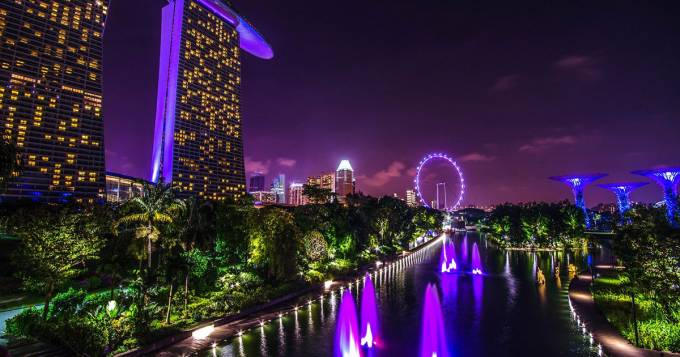 The last few years have seen a significant uptick in expatriates moving to Asian countries from all over the globe. The region is currently home to upwards of 80 million migrants, accounting for around 30 per cent of the global migrant population. These numbers are only expected to grow as formerly prominent investment and employment destinations such as the United States and Europe close their doors to immigration, further prompting expatriate workers and investors to set their sights eastward.

Pleasant climates and manageable living costs are among the major reasons expats choose to relocate to this populous and diverse continent. Others are drawn in by the surge of economic and technological growth Asia has experienced in recent years. They are frequently curious about the abundance of professional opportunities the region has to offer and eager to share in its prosperity.

The good news for individuals and families considering to move to Asia is that many countries in the region are indeed extremely hospitable places to live and work. The following places, in particular, are ideal for expatriate life:

Singapore is a major economic hotspot in Southeast Asia and also ranks consistently as one of the most livable cities for expats not only in the region, but in the entire world. The country’s well-developed infrastructure, low crime rates, and inclusive multicultural population guarantee superior quality of life for both local and foreign residents. Furthermore, its robust economy and business-friendly government policies make Singapore ideal for entrepreneurs looking for a stable base of operations in Asia.

A large fraction of Singapore’s thriving expatriate community consists of foreigners who have elected to make this cosmopolitan city-state their permanent home. Expats who wish to follow suit will find that the Singapore PR application is a low-stress, simple and highly efficient process. Becoming permanent residents of Singapore also paves the way for interested parties and their families to eventually apply for citizenship if desired.

India’s currently booming economy and well-educated, English-speaking workforce make it an attractive destination for expats moving to Asia in search of work opportunities. In particular, individuals with professional interests in science, technology, manufacturing, and financial services will probably have no trouble finding fruitful and profitable work in the country.

One particularly appealing argument for moving to India is that the cost of living is extremely reasonable, for the most part. While housing is likely to be the biggest expense expats can expect to incur, relatively cheap options are available even in big cities if you look in the right places. Food, repair services, telecommunications and other essential amenities are also generally inexpensive and of excellent quality. Even the cost of studying at top schools and universities in the country is relatively low as compared to other educational institutions in the region, which is especially good news for expatriates with children.

The last few years have seen Vietnam’s economy grow by leaps and bounds, and the national government is currently taking steps to encourage foreign investment in the country. As a result of these efforts, Vietnam has become an increasingly popular choice for expatriates interested in relocating to Southeast Asia. New arrivals to Vietnam can enjoy highly affordable living costs, a lively and welcoming culture and pleasant weather, among a host of other advantages.

Expatriates most frequently settle in one of the nation’s two biggest and most developed cities, Hanoi in the northern region and Ho Chi Minh City in the south. While Ho Chi Minh City has a more technologically advanced, cosmopolitan feel, those in search of a quieter life typically favor Hanoi for its cooler climate and more relaxed atmosphere. Many smaller-scale towns throughout the country are equally viable places to live and work, such as the vibrant seaside resort town of Da Nang and the canal city of Hoi An.

Although Malaysia often tends to be passed over in favor of its more glamorous, more famous neighbors, this intriguing cultural melting pot is an excellent expatriate destination in its own right. Most foreign residents settle in Kuala Lumpur, the city’s bustling capital, which has recently emerged as one of the top choices for expats from around the world. Those currently living in the city generally report that they are happy with the cost of living, their work-life balance and their access to medical care.

Similarly to many other countries in the region, expats and retirees have long enjoyed Thailand's warm climate, low living costs and convenient access to essential services. Groceries, clothing, transport and accommodation come relatively cheap, and most expats in Thailand will readily describe their financial situations as comfortable. Communications infrastructure and public transport are well-developed throughout the country. Medical care is likewise widely available and generally of good quality, particularly at the private hospitals that most expatriates tend to patronise.

No matter where you come from, you’d do well to consider making a new home in Asia. The rising tide of economic growth spreading throughout the region means it’s highly likely to be a global business hotspot for years to come. Whichever country you choose, you’re also likely to find safe, inclusive and welcoming communities you and your loved ones can integrate into with ease.