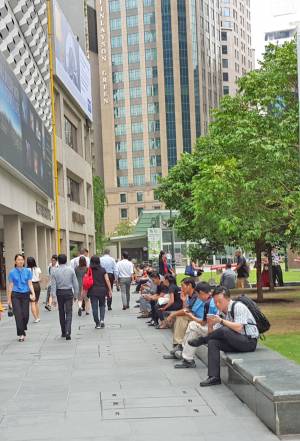 Singapore is a city with some of the most intriguing practices and beliefs that have helped to shape it into one of the world’s leading cities in terms of economic strength and social stability. Among the many factors that had led to its success, ‘kiasu’ behaviour might just have been the deciding factor that led the transformation of the city from a sleepy village into a booming metropolis.

In 2012, consultancy firms aAdvantage and Barett Values Centre conducted a joint survey of 2000 local residents, where respondents were asked to select 10 out of almost 90 values and behavioural traits that define the current or desired Singaporean society.

The top answer, selected by over half of all respondents, was ‘kiasu’. Referring to one of the most prominent social characteristics of Singaporeans, ‘kiasu’ (kee-ah-soo) is a popular Singlish term that emerged from the Hokkien dialect, and which means ‘a fear of losing’.

But what does it really mean? In Singapore, kiasu behaviour is not just a serious competitive streak as one might justly assume, but an entire way of life. It’s not enough to keep up with the Joneses next door, but to stay ahead of all the Joneses in the country to reach the top tier of socio-economic prestige. Yet this is not motivated by a desire to win, but a fear of losing.

For instance, parents determined to uncover their child’s latent talents send their children from as young as 6 months to music classes, gym classes, and swimming classes. As the children get older, parents sign them up for a wide range of extracurricular activities—the most common being music instrument lessons, abacus lessons and ballet lessons. The students not only juggle these activities, but also weekly tuition lessons and courses such as accelerated mathematics. To some of the most kiasu parents, the education provided by the schools is no longer enough, despite international recognition of Singapore’s education system as being in the top ten of the world.

Worried about missing out on a good deal, Singaporeans show their kiasu behaviour in many ways, from joining queues without knowing what everybody is queueing up for, to turning up half an hour early for a free talk in order to get the best seats. Kiasu behaviour may have helped the country to succeed over the past decades, but many people in Singapore are beginning to wonder if such behaviour is beginning to exert too high a societal cost.

Well, not exactly, but close enough. According to the White Paper released by the Singapore government in 2013, the local government had proposed to raise the population in Singapore to 6.9 million, up from its current population size of 5 million. One of the reasons to explain why jaws had dropped in horror at that suggestion, is that Singapore’s population density is already one of the highest in the world. According to its 2010 Census, the population density in Singapore is 7,148 people per square kilometre, making it the third most crowded country in the world.

In comparison to other major cities around the world, Hong Kong comes in at 6,608 people, Tokyo at 6,075 people, London at 5,431 people, Berlin at 3,944 people and Shanghai at 3,826 people. Expect a long queue wherever you go, expect a crowd when taking public transportation. You’d never be able to swing a bag of cats around without hitting a bewildered passer-by.

One of the best things about life in Singapore is our flexibility when it comes to punctuality. While this may alarm the time-conscious German, Singaporeans are generally understanding when others are late by five to ten minutes for any appointment and many companies are even forgiving of employees who arrive within a grace period of 15 minutes after their reporting time. Arriving on the dot, instead of being ten minutes early, for an important meeting is also not a big deal.

However, it’s not all roses and sunshine when it comes to time management at the workplace, as it is now becoming common for companies to encourage their staff to check their emails and respond to work-related calls even after office hours. Singapore is hardly the worst offender in the world when it comes to this problem, but as more and more companies adopt this practice, employee stress levels are bound to rise over time.