Where Do More than One Million Expats Live and Work in Singapore? 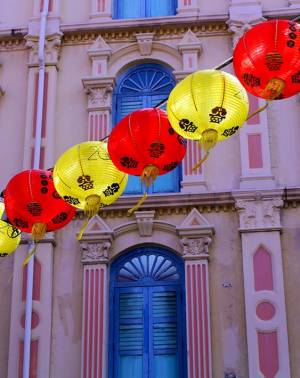 When you consider that just about 25% of this island city-state is comprised of foreign nationals, there must be something which Singapore has that other cities can’t compare to. As a matter of fact, the allure of Singapore is put quite simply, convenience. Singapore is said to be the most convenient city in the world from its sparkling clean streets with an amazing public transport system, to one of the safest places to live on earth, there is much to attract expats from around the world. So where do these expats live and what industries invite them to work in a city the size of Singapore with a population that must have a sufficient workforce already in place? That’s what you might think at first glance when looking at government census statistics, but in Singapore, there is always room for more.

The Latest Statistics as of 2016

According to the Department of Statistics Singapore, there were at least 5.61 million residents in Singapore. Within this population there are four main ethnic groups including:

With a huge number of international expats added to the mix. Foreign nationals find that living in Singapore provides a gateway to all of Asia and is as safe a place to live, work and raise children of any on earth.

As a city that is technologically advanced on a global level, the three main industries in Singapore are Information Technology (IT), marketing and finance. Of the more than 1.32 million foreign nationals working in the city, more than 600,000 are highly skilled in technology. Since technology, IT in particular, is such a huge industry in Singapore, the allure of a good paying job in their respective fields is the main attraction. However, there is also a large population of day traders within the financial sector and Forex Singapore is already a huge industry and growing stronger within the financial sector by the day.

Where Expats Are Often Employed

With a large number of global corporations having a presence in Singapore, there are many jobs to be had in all sectors. Companies of primary interest include:

And, Singapore is also a hub in South East Asian broadcast hub inclusive of the Discovery Channel, ESPN and the BBC. Singapore is also home to the Asian Food Channel. There are also a number of oil refineries and oil companies with a presence in Singapore that include Shell Eastern Trading.

Places to Live in Singapore for Foreign Nationals

Expats find that there really are no barriers to where you can live in Singapore. If you can afford the rent you are welcome throughout all neighbourhoods because Singapore is also known as one of the most congenial and mannerly cities in the world as well. It is a place where families feel free to raise their children and the schools are of such a high quality they are second to none. Also, communication is never usually a problem because there are an amazing four national languages which include Malay, Tami, English and Mandarin.

If you look at a district map of Singapore, you will notice the business districts are in the South and East and so expats typically enjoy living in districts close to where they will almost always be working. In District 10, Holland Village is a favourite of expats and as you can see, it is quite close to the central business district with easy access and high quality schools in the area.

Schools for Children of Expats

Families moving to foreign lands often worry about whether there will be suitable schools for their children. Yes, jobs are available and it is quite easy to become assimilated into the culture in Singapore, but are there schools in which to foster growth in your children? Some of the best known schools for foreign national children include:

And these are just representative of the kinds of high quality education children can receive while parents are living and working in this amazingly beautiful and innovative South East Asian city.

So then, to say that Singapore is ‘convenient’ is putting it mildly. There is much to see and do in this city-state and that’s why there is such an attraction for expats. Visitors are always made to feel welcome and since there is such a high degree of commerce, there are many ways in which to make a living. Whether you are an entrepreneur seeking to start a business in Singapore or simply a business professional seeking employment in the world’s most convenient city, you can live and work in Singapore safely and happily with over a million expats just like yourself.

Vpost cancellation of services from China and Indonesia

Hi, I received a job offer from Singapore and thinking whether to accept it or not. The monthly salary is SGD 7500.

If I accept the offer, I will be moving to SG with my wife and 1.5 years old baby, so there is a lot to consider specially .....

Excellent recap. I do hope all goes well for you. And thank you for the blow by blow description. I am sure this will allay some fears and possibly create a few but excellent write up. Thank you.