Differences between European and Singaporean healthcare 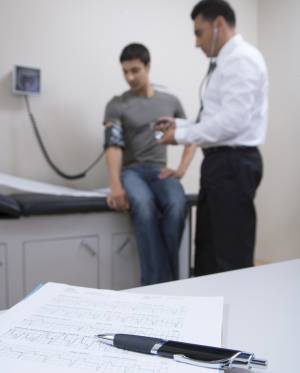 Singapore has an excellent healthcare system and according to the World Health Organization, Singapore’s healthcare system ranks 6th in the world and is the best healthcare system in the Asia-Pacific region. Expatriates from around Europe will likely be impressed by the options available to them and the accessibility of care in Singapore; however, there are a few differences between European healthcare and Singaporean healthcare that should be known to ensure that you are covered in the case of an emergency.

The Central Provident Fund (CPF) is a compulsory savings plan in Singapore. It’s funded by contributions from both employers and employees and is designed to cover expenses pertaining to retirement, housing and healthcare. 20% of these contributions go into ‘Medisave’ which is part of a government implemented framework designed to cover hospital expenses. Other funds within this framework include Medishield, Medifund and Medication Assistance Fund, all of which provide different levels of coverage to help Singaporean citizens afford necessary care.

In Europe there is no collective framework like this that applies to all European countries, but some do have similar national health services to help citizens cover medical expenses. In the UK, for example, the National Health Service is funded by general taxation as well as contributions, with patients being charged only small amounts for certain services. France also has a health care system funded by social security contributions and around 70% to 80% of medical fees will be reimbursed under certain conditions.

One of the more notable differences between Europe and Singapore in terms of healthcare is that most Europeans are eligible to receive treatment in other countries around Europe without paying for travel insurance. Those that qualify for European health insurance receive a card that they can take with them on their travels and this card gives them basic health insurance coverage in case of emergencies. In the UK, this card would be called an EHIC – previously known as an E111 – and UK citizens can apply for on through the NHS. These cards can expire, however, and people have to regularly fill out a European health insurance card renewal form. In Singapore, international health insurance must be purchased from private insurance providers. Expatriates in Singapore are also exempt from CPF contributions and they only subsidies they are qualified for are emergency services. This is why it’s important that expats read into their options for health insurance as early as possible.

My marriage had never been perfect but I do love my family. I used to be that family man whose
life revolve around their kids and wife. til one day, BOOM and that feeling was replaced by emptiness thinking that I will be entering my 50 in a month. I think i need someone that can sparks my happy .....

8 Things You Must Know To Dx Keto

DX Keto :-Get an amazing and a triumph flush out every single more pound in a higher manner ut of your casing for all time that too with out no aspect results. DX Keto Those dietary pills will cowl ordinary medical problems and put off all awful cholesterol put away underneath your skin. Various .....

Probably not but check the TandCs:

I consider that what I received was not what I bought then I am entitled to compensation. What is your opinion?

Actdually it makes sense. Bill Gates would have had an almost impossible task of getting a S or EP here when he first created the windows OS. He was just a High School Graduate, didn't have a degree. The only way around it was to do something so awesome that a company would have paid the moon for .....