Sexually Transmitted Diseases in Singapore: What expats should know 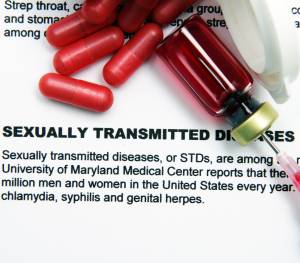 Singapore is a great place to live for expats. If you’re here, you probably share this sentiment. The excitement of moving to a premiere Asian city is certainly an attractive prospect for people abroad seeking ways to experience the world and become better rounded individuals. And as much as Singapore is a great place for families, the single people of Singapore may have even more fun. Not just because of the nightlife and fun, sunny activities that can be enjoyed, but also simply because of socialization. Yes, Singapore is filled with people from all different ethnicities, backgrounds and homelands. Even second generation Singaporeans may consider themselves as much from another country as they do Singapore.

Of course, sometimes this socialization can lead to things getting ‘hot and heavy’. This is where it is important to know about the situation in Singapore when it comes to sexually transmitted diseases (STDs or STIs).

Recognizing that education is perhaps the most powerful tool in the fight against STDs, Singapore has been putting effort into proliferating safe sex to it populous for some time now. In fact, while 887 young people in Singapore were diagnosed with a sexually transmitted infection in 2008, that number had taken a steep dive to 391 by 2014. That’s cutting the rate by more than half in a span of only 6 years! The Department of Sexually Transmitted Infections Control Clinic attributed this drop predominantly to the sexuality education among the youth of Singapore that has been ongoing for years. While such programs do stress abstinence, they have raised awareness of the spread of STIs in the city and how important it is to take protective measures like the use of condoms.

In Singapore, all serious STDs must be reported to the Ministry of Health for accurate record keeping. In this way, the spread of disease is much more effectively controlled versus countries that do not allow for such record keeping due to patient privacy. The other side of this point is that some people have been caused public embarrassment when the details of their infection come to light.

Most all of us know what some of the deadliest STDs out there are, but which are the ones that we in Singapore should be most concerned about? To be sure, the diseases that are most likely to be terminal should be taken very seriously.  Besides these, however, it would stand to reason that the population should be most concerned with the STDs that they are most likely to contract.  After all, while many of the below diseases are treatable, left untreated they can all cause serious problems to a person’s health, even leading to death.

Among both teenagers and adults in Singapore, the most commonly diagnosed STIs are gonorrhea and Chlamydia, and females represent almost twice as many infected individuals in Singapore as males. Chlamydia is the most common form of bacterial STI globally. Fortunately, it is highly treatable, with a 7 day course of antibiotics generally eliminating the infection. While historically also treatable with antibiotics, gonorrhea has been garnering headlines recently due to an increase in the number of cases where a drug-resistant form of the disease is present. In some cases it has even been untreatable. This has even lead to the UN officially stating that the global community should focus on finding new treatments for the disease, which can be spread through even oral sex. This is especially troubling for a disease that infects an estimated 78 million people worldwide each year.

Rounding out the top 5 most common STDs in the city-state are syphilis, genital warts and genital herpes. While syphilis is treatable with penicillin, genital warts often need to be treated by either freezing them off or by a minor surgical procedure if topical creams are not effective.  Genital herpes, on the other hand, has no known cure, and must be managed for life. Medications can be used to control the symptoms of genital herpes, but those infected will likely be carriers of the disease for life, with symptomatic flare ups happening occasionally.

Another common STI in Singapore is non-gonococcal urethritis (NGU), which is a disease exhibiting symptoms similar to gonorrhea. Though NGU can be treated with medication, but correct diagnosis is important, as the medications used to treat gonorrhea will not work on NGU.

Finally, when talking about scary sexually transmitted diseases, we simply cannot overlook HIV/AIDS. With less than 0.1% of the population being infected with HIV/AIDS, Singapore is among the countries in the world with the lowest prevalence of the deadly disease. Out of the over 5.5 million people living in the city-state, ~4,200 of them had the disease according to 2011 figures. Also, 200 people died from the disease per year at that time. 2013 figures saw the total number of patients fall to about 3,000, although there were over 400 new cases in that year. Indeed there have steadily been about 400 new cases of HIV/AIDS in Singapore every year since 2008, including in 2016, where the total number of HIV infected people in Singapore is listed by the Ministry of Health to be at 5,600+. As most know, there is no known cure for HIV/AIDS, although early detection combined with new medications and treatments can allow a person to live with HIV long term.

First and foremost, abstinence from sexual activity is the only way to be 100% sure that you will not contract an STD. However, for those that are sexually active, the use of condoms, diaphragms and dental dams has been proven to drastically reduce the risk of contracting a disease from sexual activity. Yes, even oral sex can spread disease, so do not take it lightly! Care should also be taken to use these products as directed, as improper use can nullify their effectiveness.

Besides this, sexually active individuals should be sure to get tested for STIs regularly. Going twice a year at least would be a good start, especially if you have had multiple sexual partners. Simple blood tests can generally give comprehensive results, although sometimes a more invasive swab will be necessary. If you do find out that you have become infected with an STD, it is very important that you notify all sexual partners as soon as possible. This will help to prevent the spread of disease further.

Other practical steps to take to prevent infection are to wash thoroughly following sexual activity and to get vaccinated from hepatitis B and HPV, and limit your number of sexual partners. To find out more about receiving a sexual health checkup, see the Department of STI Control website.

All the items above are certainly effective ways of preventing the spread of sexually transmitted infections, but anyone leading a sexually active lifestyle is at some amount of risk even with commonly used protections, and that’s if everything functions properly. The only real way to stay protected from STDs is to abstain from sexual activity altogether.

For those for whom abstinence is not an option they would consider, having a comprehensive medical insurance plan in place is a no-brainer. In the event that you were to become infected, you simply don’t know how bad the ramifications might be. Some infections will only require a prescription or cream, and will then be cleared up within a matter of days or weeks. Others could stick with you for your entire life and require frequent doctor consultations and possibly daily medications that may be necessary to take for your entire lifetime.

With this in mind, you will not want to skimp on maximum benefit limits in your health insurance plan. That way, come what may you will be assured that the costs of your medical treatment are covered, and your out-of-pocket costs will be minimized. If you have any questions about addressing the costs of sexually transmitted infections, or any other insurance related matter, please contact the experts at Pacific Prime Singapore. They can give you a plan comparison featuring health insurance plans from major insurance companies in Singapore and around the world, and provide you with a free quote.

How does someone marrying infringe on someone else's rights?

In the Singapore context, there's a lot riding on being able to start a family - being able to buy a BTO for instance. You simply have more choices as a .....