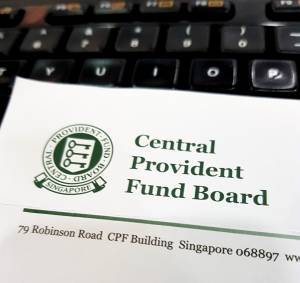 With one of the lowest corporate tax and personal income tax rates in the world, Singapore attracts people from all over the world to live and work in the city state. Corporate tax rates for instance, are a mere 17 per cent, as compared to a more prohibitive rate of 20 per cent in the United Kingdom and the minimum rate of 35 per cent in the United States. Where personal income tax is concerned, Singapore also offers attractive rates between 0-22 per cent, depending on the income category of the assessed party.

However, one’s purchasing power may not be as high in Singapore as one might have imagined, as Singapore’s payroll tax significantly reduces the take-home pay of employees. It’s not just citizens who are affected by this tax, but also the Permanent Residents. Both groups of people need to contribute to the Central Provident Fund (CPF).

The CPF is a compulsory savings scheme that functions as a form of social security. The employee and his employer have to contribute to this fund. For lower wage workers, the government would also supplement their CPF savings through top-ups to Medisave.

The contributions made by employees and their employers would go into four different accounts:

This is used to pay for housing, insurance, and education, and is also used for investment purposes

This is used as a form of savings for old age, and also for investment purposes

This is used as a form of savings for retired employees. It’s created only after the age of 55, and combines the savings that remain in the employee’s Ordinary and Special Accounts.

What is the main purpose of the CPF?

Do my CPF funds earn interest?

Money that placed in the Ordinary Account earns up to 3.5 per cent interest per annum, and that placed in the Special and Medisave Accounts earn up to 5 per cent. These rates are accurate as of 12 September 2016, and are reviewed quarterly. The Retirement Account, whose interest rate is reviewed yearly, is pegged at 5 per cent per annum. For the first $60,000 in a CPF member’s combined accounts (with up to $20,000 in the Ordinary Account), the government would also pay an additional 1 per cent interest.

How are CPF contributions calculated?

For Private Sector Employees and Non-Pensionable Employees, mandatory employee contributions are set at 20 per cent of each month’s wage. This sum is deducted from the employee’s pay by the company, before the remainder is released to the employee. Mandatory employer contributions are set at 17 per cent. In total, you should be receiving 37 per cent of your total monthly wage in your CPF account each month. However, all this is applicable only to employees below the age of 50, who earn a wage equivalent to or more than $750 each month.

Above the age of 50, the CPF contribution rates for both employee and employer decline. Contribution rates decrease steadily every five years, from 17 per cent to 7.5 per cent for employers, and from 20 per cent to 5 percent for employees. New Singapore Permanent Residents (SPR) would also not need to contribute as much. In the first two years of receiving their SPR status, these employees may contribute a smaller percentage of their pay to the CPF.

If I’m a new Permanent Resident, how much must I contribute to CPF?

In the first year of attaining SPR status, employee contributions to CPF are capped at a maximum of $300. No CPF contribution will be required if you earn less than $500 each calendar month. If you earn between $500 and $750, your contribution would be 15 per cent of your total monthly wage, after $500 has been subtracted.

Though putting money into our CPF accounts is fairly straightforward, getting this hard-earned money back again is more complicated. As a mandatory savings account, the Central Provident Fund functions as a form of social security that ensures that people would be able to afford a modest lifestyle well into their old age. Cash withdrawals from this account is prohibited until one has reached the age of 55. While some are content to keep the money into their account to earn interest, others would prefer to withdraw the money for other purposes, and the difficulty involved in doing so has been a source of great contention for many.

So how do we go about withdrawing money from our CPF accounts? In the past, the withdrawal amount was dependent on whether the account holder had managed to set aside the CPF Minimum Sum, an estimated figure that was adjusted over the years to account for inflation and longer life expectancies. By 1 July 2015, this figure has risen to $161,000. The CPF Minimum Sum was then used to provide monthly payouts to the account holder after the age of 65.

Today, replacing the Minimum Sum is something called the Retirement Sum, and it comes in three forms: Basic, Full, and Enhanced.

What is the Retirement Sum?

But what implications does the BRS have? Well, if CPF members attain their BRS and own property which they are willing to pledge, they would be able to withdraw their Retirement Account savings in excess of $80,500 once they reach 65 years of age.

If they don’t own or don’t desire to pledge any property however, members would have to hold twice the BRS amount, or in other words, the Full Retirement Sum (FRS) of $161,000 in their Retirement Accounts, before they’re allowed to withdraw the rest.

Finally, by holding thrice the Basic Retirement Sum in their Retirement Accounts, or an Enhanced Retired Sum (ERS) of $241,500, CPF members who elect for the ERS scheme would then be able to withdraw the rest.

So how do I receive my Retirement Sum?

All Singapore Citizens and Singapore Permanent Residents who are born after 1958, and who have at least $40,000 in their Retirement Account at the age of 55, or $60,000 at the age of 65, are automatically enrolled in the CPF LIFE scheme. Under this scheme, the Retirement Sum is given back to the account holder over the course of the years in the form of monthly payouts.

What is CPF LIFE?

This scheme was set up to ensure that people are protected for life, even if they outlive their retirement funds. A monthly payout, depending on the savings that had been set aside in this account at the age of 55, would be paid out regularly.

For instance, if you had opted for a BRS plan which required you to set aside $80,500 in your Retirement Account at the age of 55, the monthly payout that you would receive when you turn 65 would fall between $660 and $720. Assuming that you get the lowest payout of $660 a month, this would mean that you’d receive $7,920 annually for the rest of your natural life. If you had relied solely on $80,500 to carry you through your golden years, the same monthly payouts would end by the time you reached 76. The life expectancy for many here however, is 80.4 years for men and 84.9 years for women, according to the Department of Statistics, Singapore. Thus, in short, by subscribing to CPF LIFE, you would be receiving monthly payouts in the last four to eight years of your life, in excess of your own savings.

But what about CPF LIFE members who didn’t have $80,500 in their Retirement Account? These members would also receive a monthly payout for the rest of their lives, but would receive a much smaller amount as compared to the others.

Now if you had set aside the FRS of $161,000 at the age of 55, you would then receive monthly payouts between $1,220 and $1,320 for the rest of your life. Again, if you had put in the minimum amount of $161,000 into your Retirement Account and receive the lowest monthly payout of $1,220, that sum is likely to run out in 11 years, but you would continue to receive such payouts regardless for the rest of your life.

The ERS may be more difficult to attain through CPF contributions, but people may opt for this option by topping up their retirement savings in order to reach the required sum of $241,500. This is an option for those who wish to benefit from the CPF savings interest rate, and who wish to receive larger payouts upon hitting the age of 65. The monthly payout for those who elected for the ERS, falls between $1,770 and $1,920.

No it's only basic. You are not flying how are they going to give you flying allowance? They are only helping us with the basic allowances, that's all. It's better then .....

Re: How to lose weight?

My nemesis is social eating and bored eating. Constant catered lunches, going out, carry ins, etc. at work that I can't always decline and I'm honestly happy not to have to deal with that for awhile. Once I get into a groove, I have no .....

Re: How to lose weight?

My nemesis is social eating and bored eating. Constant catered lunches, going out, carry ins, etc. at work that I can't always decline and I'm honestly happy not to have to deal with that for awhile. Once I get into a groove, I have no trouble keeping to calories if there isn't anything social .....

In early 2020, as a never-before-seen virus emerged from China, people all over the world observed the situation with growing alarm. Singular cases eventually developed into clusters, and all around the world, the numbers of those who .....

Re: Singapore Airlines; when are they suspending all flights?