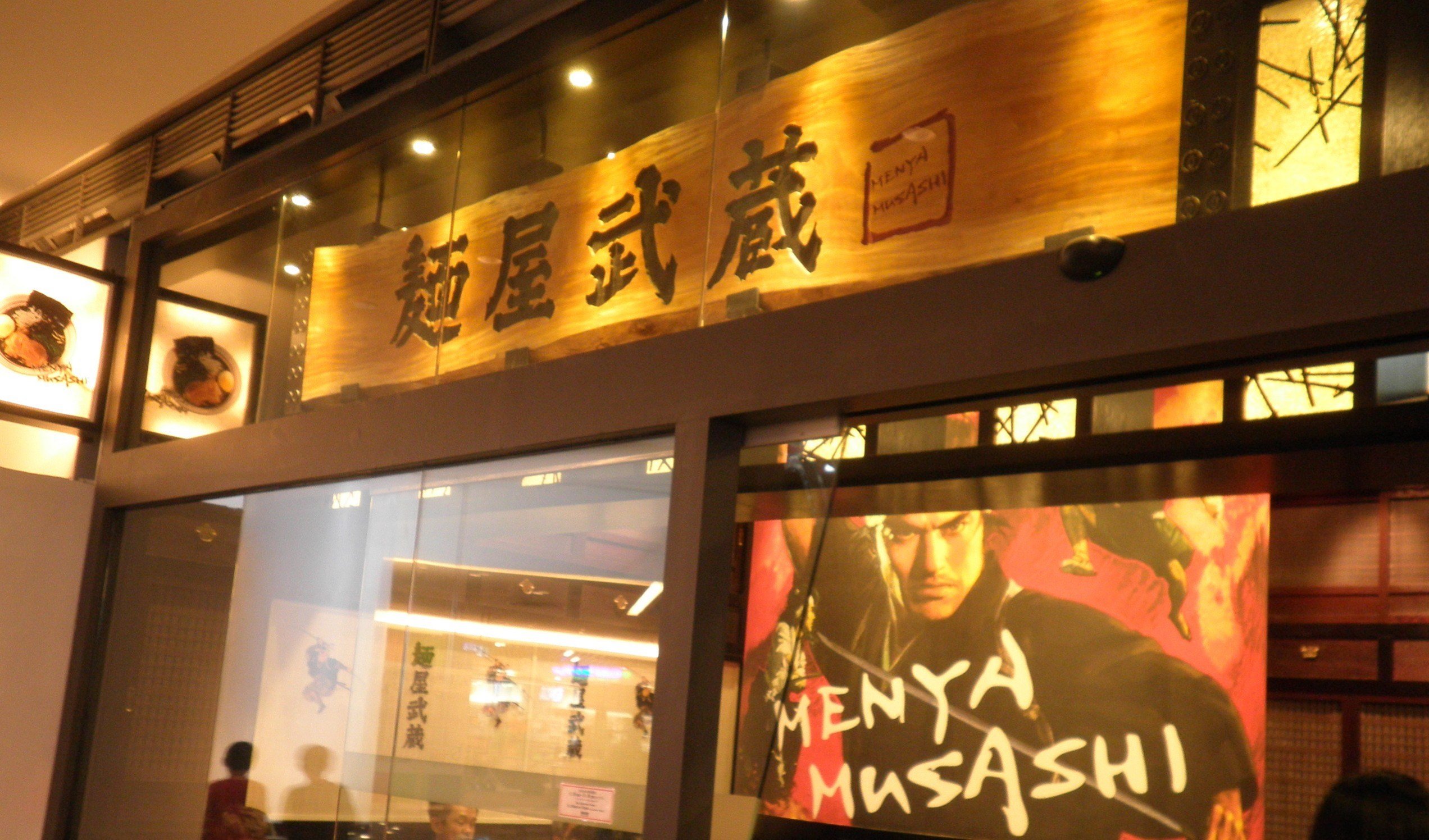 Named after the legendary samurai, Miyamoto Musashi, who was famed for his distinctive "double sword style", the award winning Menya Musashi has gained quite a cult following among ramen fans in Japan and abroad since making its debut in Tokyo in 1996. With “Originality” as its motto, Menya Musashi strives to deliver unprecedented achievements by turning the preparation of ramen into a fine and revolutionary art-form. Credited as the pioneer of a new ramen culture in Japan, Menya Musashi offers multiple concepts and tastes that can be adapted to suit the locality of the store but all with the same unique style that has become synonymous with the brand.A testament to its innovation, Menya Musashi now offers noodles in a variety of different textures and a selection of soup bases to satisfy customers’ ever-evolving tastes. Featuring a soup base that is creamier than others, Menya Musashi’s ramen comes in white, red and black versions. Its signature white tonkotsu broth is made by boiling a substantial amount of pork bones, giving the ramen broth a rich taste that is packed full of oomph! Customers can also choose other signature broths such as triple soup and Tokyo-Ueno style soup which includes chicken or fish as its soup ingredients.

Re: How do expats feel about living in Singapore?

smoulder, excellent question. I'm guessing they would have to be on an employment pass of one sort or another. If it's been exchanged for PR I don't think they qualify technically, although mentally I'm sure they want to be considered 'expat' for face, perchance. I've been a PR for over 27 years .....

Re: How do expats feel about living in Singapore?

How do expats feel about living in Singapore?

How do expats feel about living in Singapore? Especially for those who have been in Singapore for several years ie: the cost of living, rent, food, transport, car, GST hike etc...